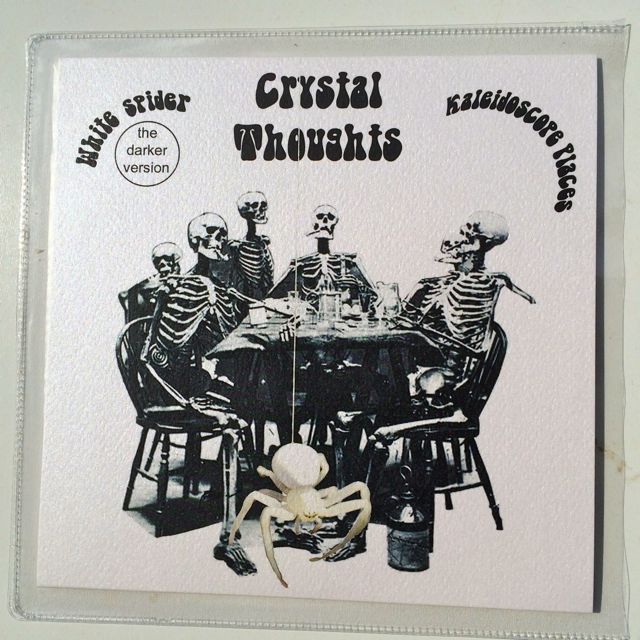 Killer 45 composed by Crystal Thoughts aka Spiros Rouchotas.
Listen to the both side!!
Limited edition. N°91/300 - Purple wax. 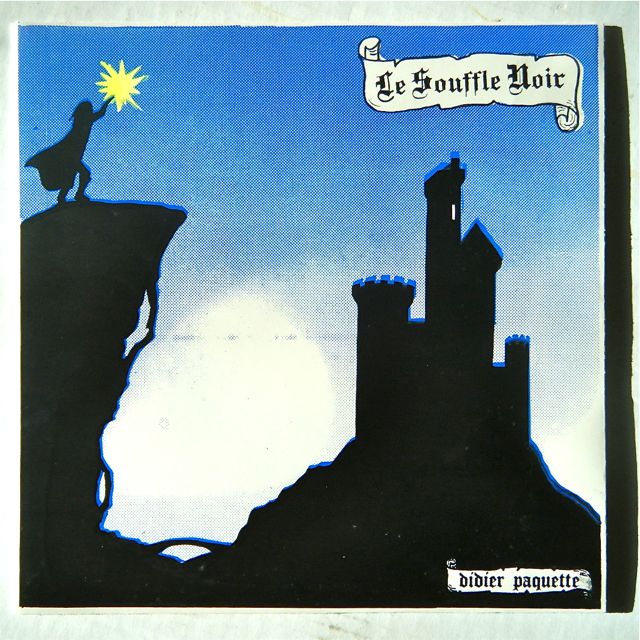 Original French issue released in 1981 on the custom label, F.L.V.M.
Obscure DIY electronic prog lp composed, arranged and played by Didier Paquette featuring some friends.
Inspired by "The lord of the Rings", he delivers a magnificent and trippy mixture including raw analog synths, Mellotron, drum machine, cool drums and percussions, guitar....
Record and cover in perfect condition. With insert. 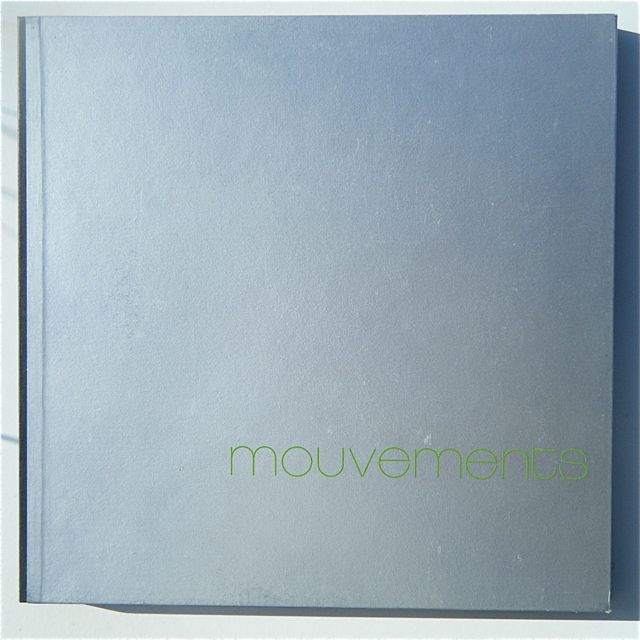 Wow!!!! Here we have one of the rarest Swiss record, or rather a box, a beautiful box including one lp and a booklet with several lithographies signed by Richard Reimann.
This box is nearly impossible to find, only 150 pieces were privatly pressed by the artist in 1973. We are offering the n° 130. Just a little number of people aware of this gem, and most of them are from Switzerland.
The good surprise of this box is also the music. The lp contains some incredible tracks from trippy jazz groove, insane drama psych beat coloured by magnetic tape effects, to weird avant garde and outsider progish experiment... Check the soundclip!!!
This object is unique, unclassifiable, impacted by a real odd creativity and rare as hell...
Only few copies are known in Switzerland, that's all!!
Record has just some superficial hairline marks, it plays excellent!!
The booklet is in superb condition, the box shows minor wear on the front cover, otherwise, in solid condition. 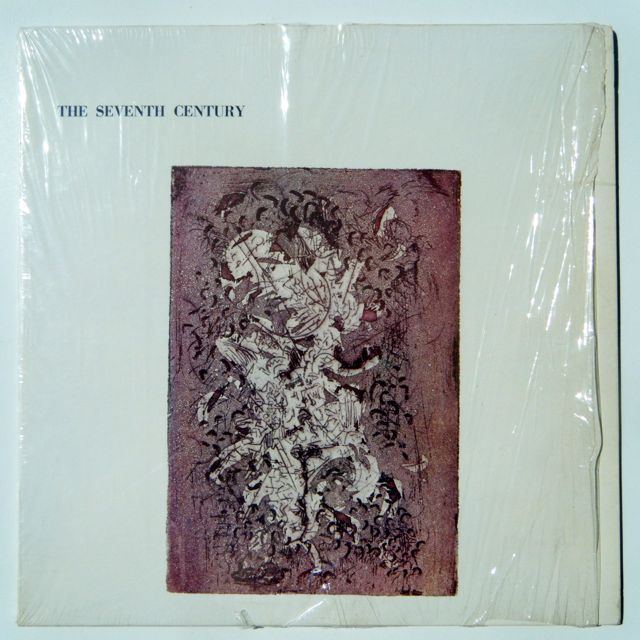 Original US press released in 1971 on the obscure label, Al Segno.
Liner notes says The Seventh Century is a contemporary instrumental ensemble with a musical concept that spans the 700 years of organized , written instrumental music...
Incredible lp from start to finish composed and arranged by Alan Raph and Lee Holdridge in New York, if you like Axelrod, this record is for you, definitely one of my favorite lp, the group creates a variety of sounds variously reminiscent of the high renaissance to 70's jazz groove, baroque psych, orchestral folk sounds, a sublime oddity, not really known and underestimated, check the long soundclip!!
Record has just superficial paper marks, plays excellent!!
Cover in shrink, a beginning of seam split on the top and down edge. 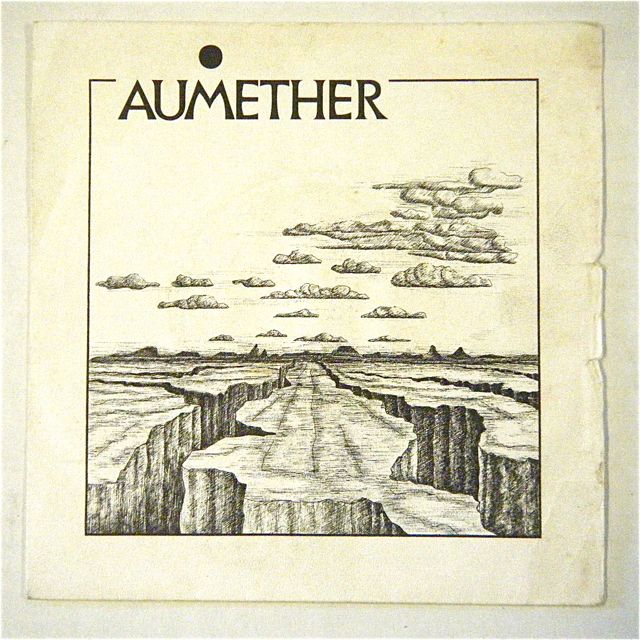 New discovery from Holywax Crew!!!
Extremely rare and nearly impossible to find Swiss 45 released on the little label, Disques Evasion who released also the Proud Mary, Hand, Spot lps, Un Soir Chez Norris, 45 by Pierre Cavalli and others delights....
Listen to this insane prog psych double sider including haunting synthesizers, Mellotron, Hammond, fuzz guitar, acoustic guitar, hip hop beat and esoteric lyrics.... The Whole beautifully arranged with plenty of rhythmic change and sound patterns, a unique gem!!!!
The record has a lot of light marks, no scuffs, it plays excellent without noises or clicks, check the soundclip!!!
The cover shows wear on the open edge and some light stains, still a great copy!!
No copies on the web and popsike, serious offer only!!!! 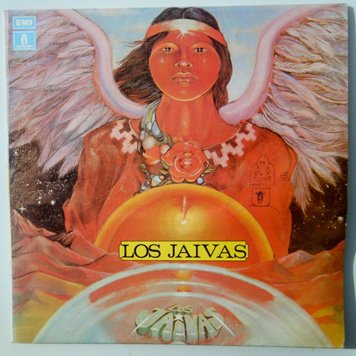 Original French press of this great Argentinian psych lp, listen to the hard fuzz psych track, "Tarka Y Ocarina". This copy has some light marks, no deep scuff, plays fine.
The cover is lightly warped due to water damage, writing on the front cover. 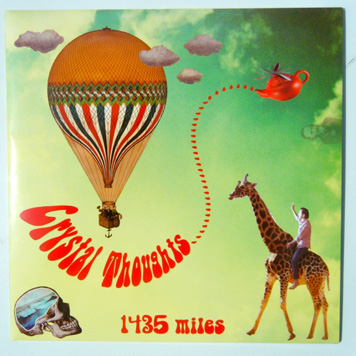 Monster contemporary psych lp from Greece composed and privatly pressed by Spiros Rouchotas in 2012 on his own label. This is his second lp, an outstanding performance plenty of different moods, from esoteric psych to dark cinematic attempt including Flute, Fender Rhodes, synthesizer, organ, fuzz and acoustic guitars, hot drums work, mystic vocals, it sounds like an obscure band from the 70's, the first time we listened this record, we thought it was a reissue.... one of our best discovery the last year!! Listen to the long soundclip to give you an idea!! Limited edition, just 196 copies was pressed, i sell the regular issue with laminated cover, black vinyl, hand numbered insert & back cover. 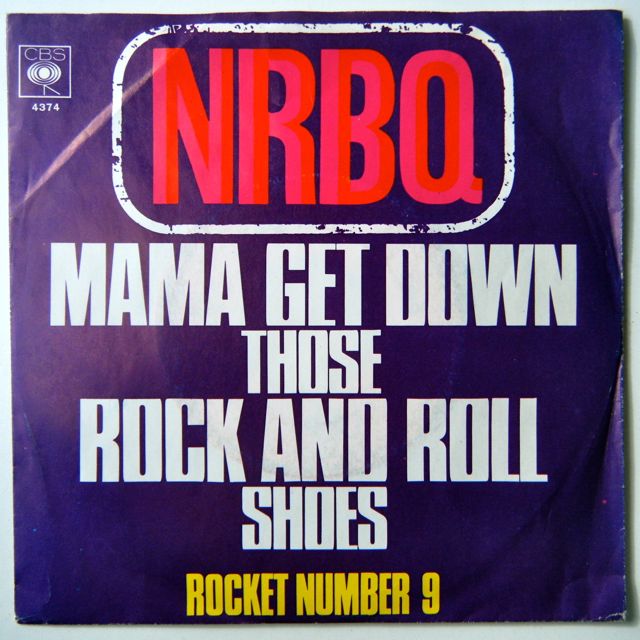 Original German press released in 1969.
It contains the insane psych jazz version of the Sun Ra track, "Rocket Number 9", this is the long version, 3min04 including the long introduction!!!
NM copy, no marks, light wear on the cover, solid corners and edges. 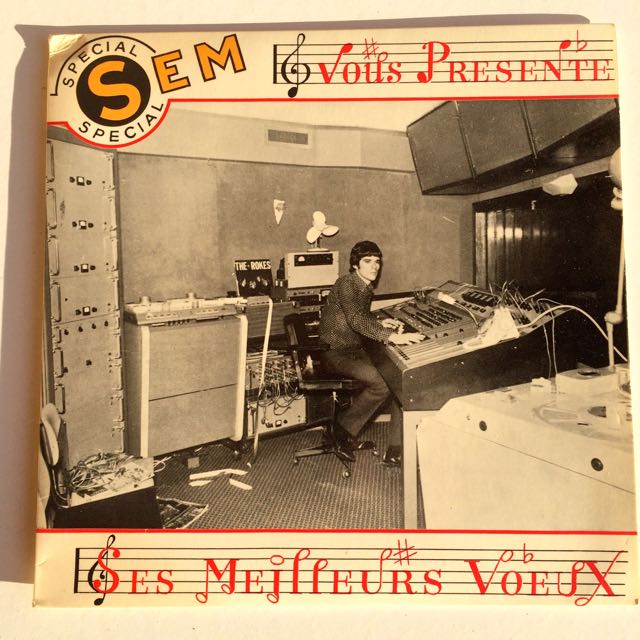 1st Massiera / Torelli release from 1967, promo 45 from Massiera's Sem Studio for the new year... Ultra rare... Weird freakbeat Psych 2-Sider. Record looks EX but has some default pressing on the side a, it makes some background noises, still really enjoyable, check the second track of the soundclip. 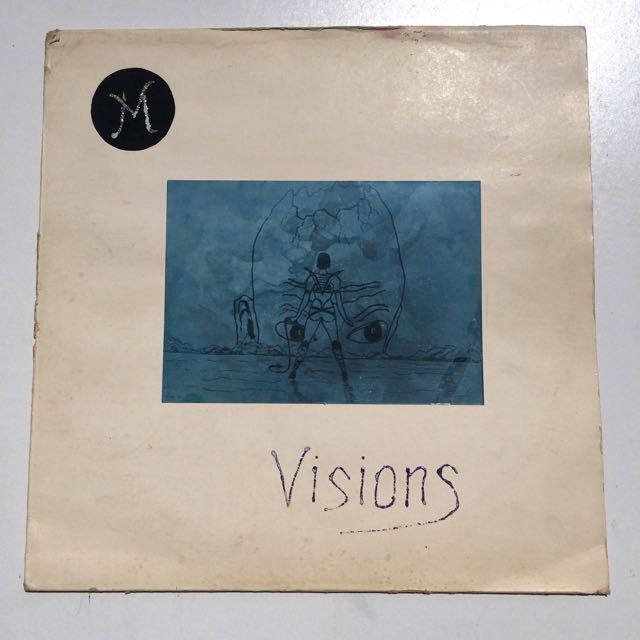 Original French press from 1976.
Outstanding lp privatly pressed by the duo from Lille. One of our best discovery the last year, really unique diy low fi Electronic psych lp with dark atmosphere and apocalyptic sorrowful mood, now reissued by Strawberry rain. Nearly impossible to find in any condition.
VG copy, several light marks but plays fine, check the soundclip of the side 1, rare home made stickered sleeve, seam split on the top and left edge.
Serious offer for this one. 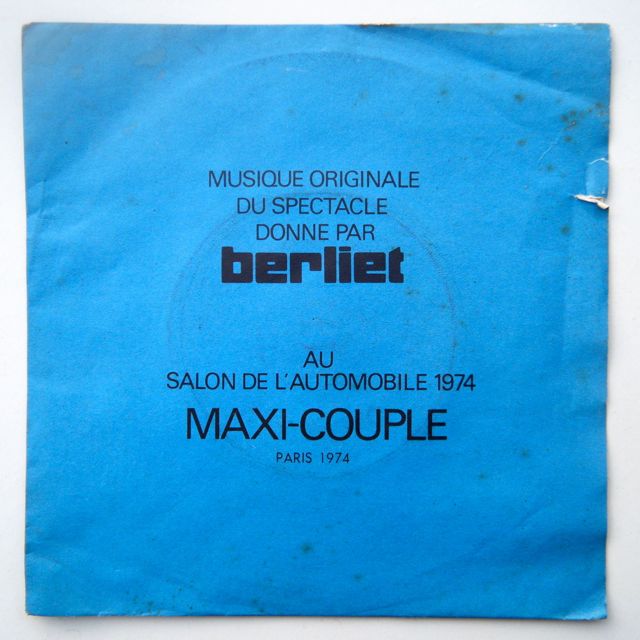 Mega rare French only 45 privatly pressed by the truck company, "Berliet" for their show in the Paris car exposition in 1974. The funny thing is the music behind the concept, the side a and also the part one is a dark cosmic synth attempt, it continues in the side b with a intense prog synth fuzz track , listen to the soundclip!! Nearly impossible to find...
Record has several light marks but plays fine. Lightly warped but it doesn't affect the sound.
Cover shows little tears on the open edge, stains on the front and back cover. 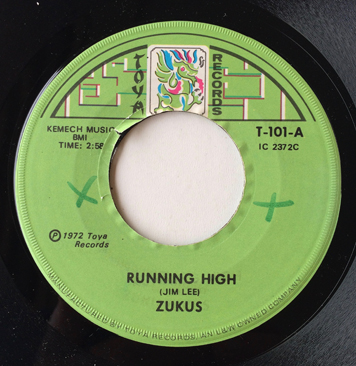 Original US press from 1972.
Terrific Psych Rock 45 out of Indiana. Check the mighty psych dancer "Running high" with open drum break, listen also the great flip, "Catch You".
Record is EX, just a couple of superficial marks, however there is some light tics and pops, maybe due to the pressing. Two little crosses on one label. 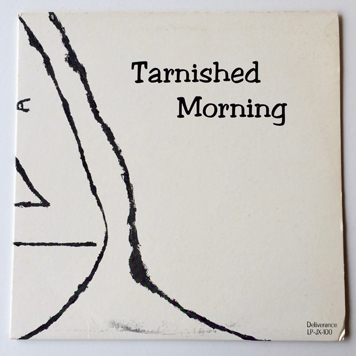 Unknown and impossible to find test press - demo only lp from USA, free acid folk jazz oddity, diy basement recording, check the long soundclip to give you an idea, no info found on the web, really obscure stuff made by great musicians, serious offer only for this one.
Strong VG copy, record has many light hairline marks, no deep scuffs, plays really fine, check the soundclip. Heavy cardboard sleeve in solid condition, only some light stains, beginning of ring wear, little writing on the back cover. 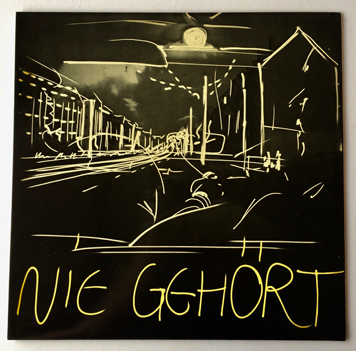 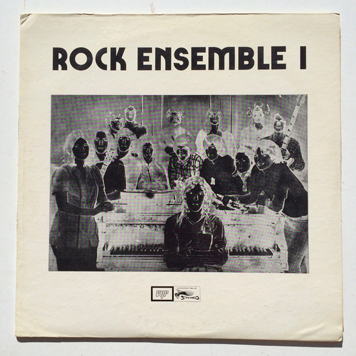 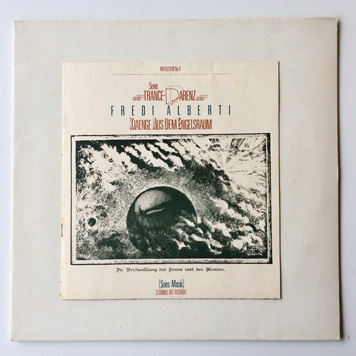 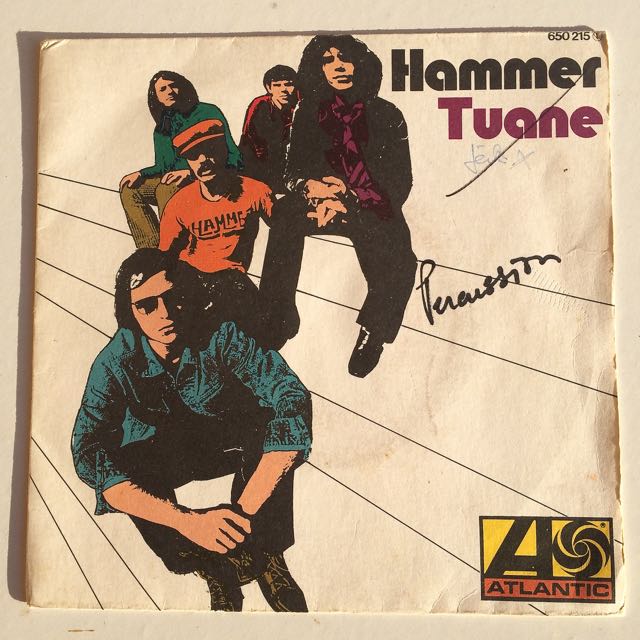 Original French "Only" 45 released in 1970.
Contains the terrific scat psych jazz funk dancer "Tuane", by far the best track of the lp.
Writings on the front cover and both labels. 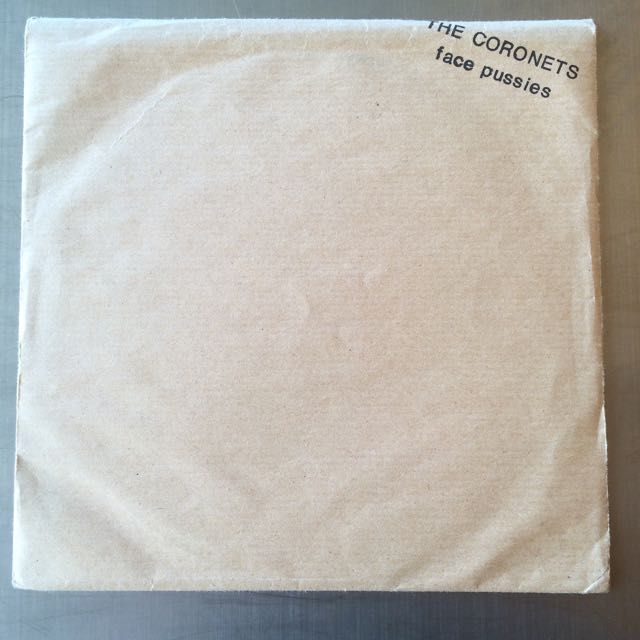 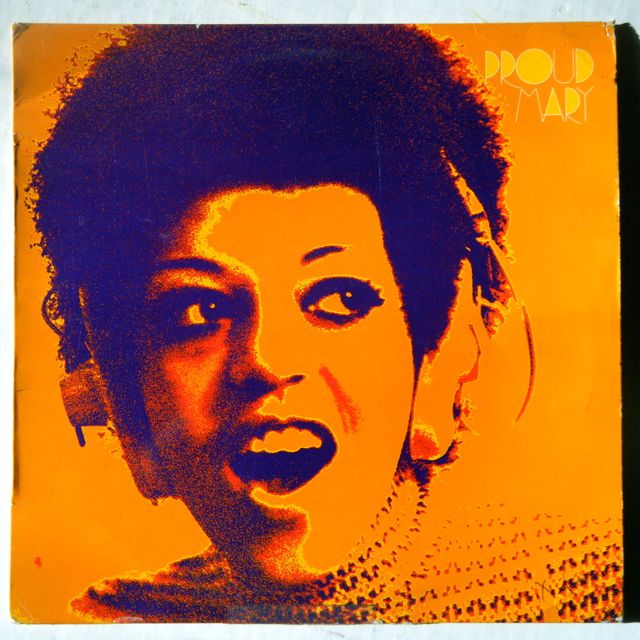 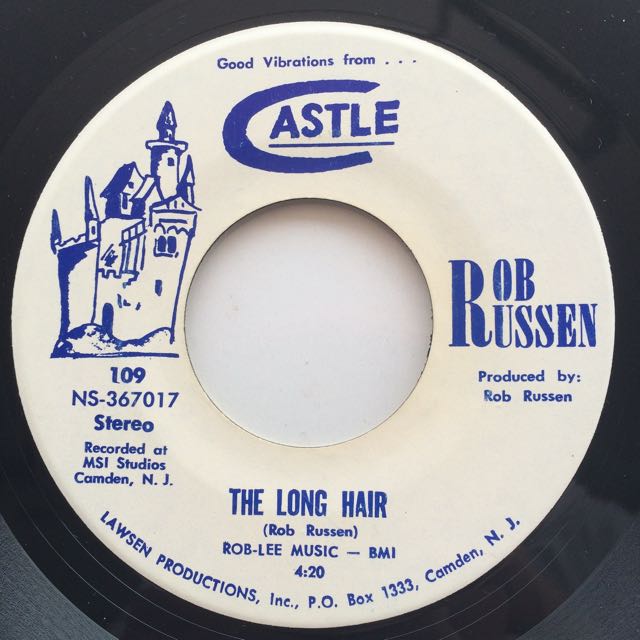