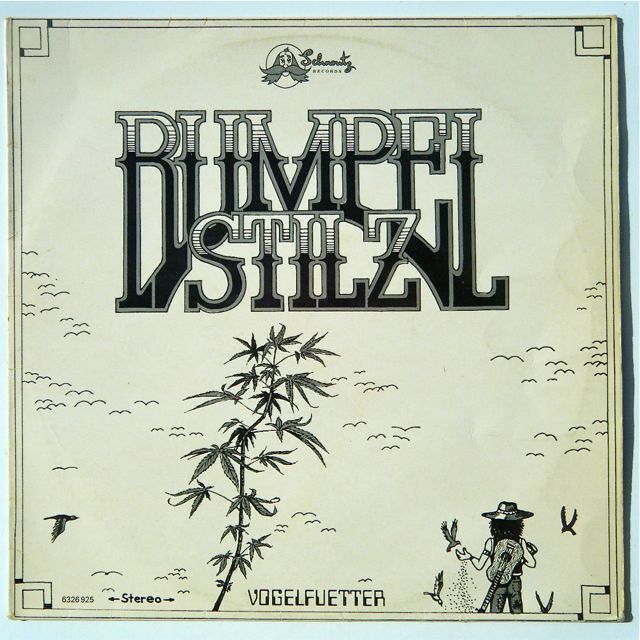 Original Swiss press released in 1975.
Check the soundclip of the killer psych funk track "Potburri"!!!
The record shows some light marks but no deep scuffs. Only some light clicks, it plays fine in general!!
The cover has a light general wear, nothing serious!!! 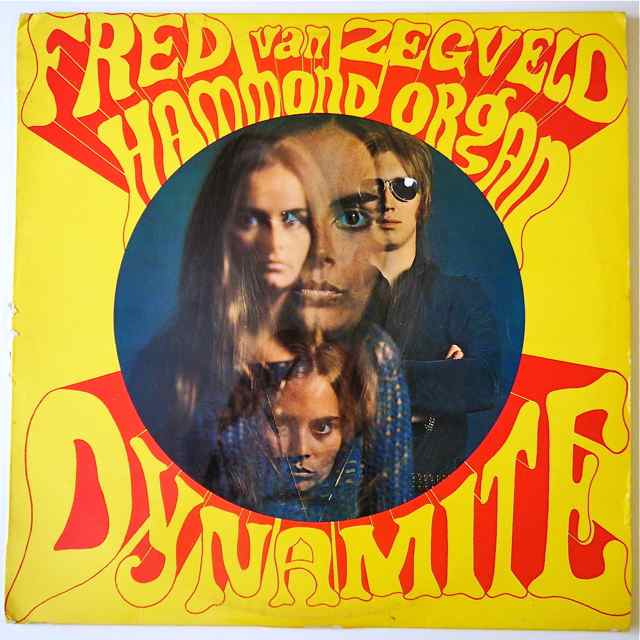 Monster Hammond funk session by the dutch organist Fred Van Zegveld from 1969. This lp contains two killer tracks: "Dynamite" and "I wanna be your man" with incredible hammond solos, funky bassline in a typical European style, and hysterical groovy drums. The rumour says that the band have rented a studio for another project and they've quickly made this session not to loose time and money. The result is this Hammond banger!!!!! Beautiful psychedelic cover too!!! The record is in EX condition, just some superficial marks that don't affect the sound. The cover has a seam split (7cm) on one egde. 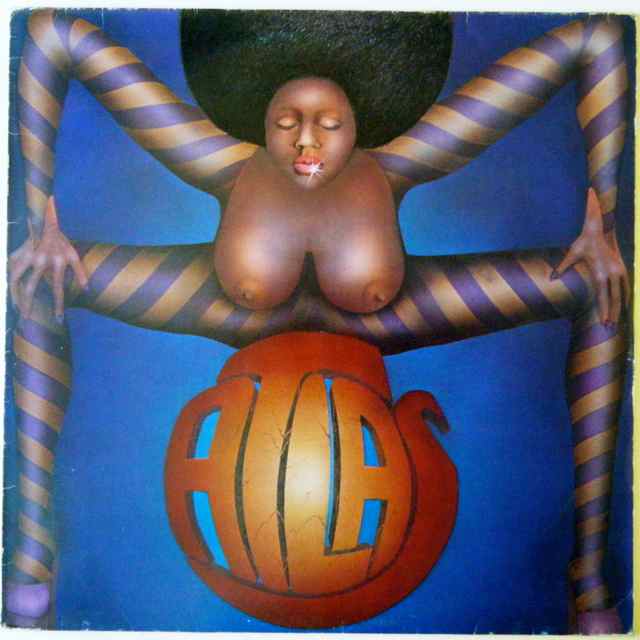 Mega rare lp released in 1977 only for the Austrian market. A melting pot of soul, funk, psych, and jazz. A real oddity in the little Austrian scene but the result is a stunning quality lp featuring my favourite track, the blue eyed soul jazz "play it cool" but also the funky track "hey man" with insane spaced phasing drums, dubby horns, and funky guitar, then comes the jazz funk "pasteboard" with killer trombone and fender rhodes solos!! I also like the dreamy cover of the Bill Withers classic "ain't no sunshine"!!!!
This is their first and only lp!!! Wow, and what can be said about the strange cover art!!!!
The record is shiny with some superficial marks but they don't affect the sound except a little scuff during the begining of "ain't no sunshine". Check the soundclip. The cover has some light wear on the edges and corners but no tears nor seam split... This copy is the original 1st press, not the reissue, and is very very hard to find in any condition!!!! 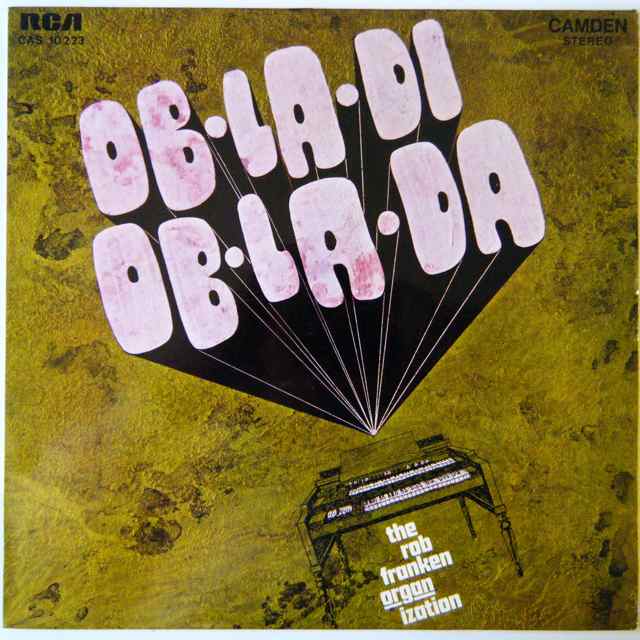 Original German pressing from 1969.
Hard to find mod Hammond jazz funk banger by this four-men combo featuring insane organ solos by Rob Franken, groovy rhythm guitar, and cool funky drums!!! Check the soundclip below!!
The record shows some light marks but they don't affect the sound, no scuff. It plays excellent!! The cover is in superb condition, just a light wear on the open edge. 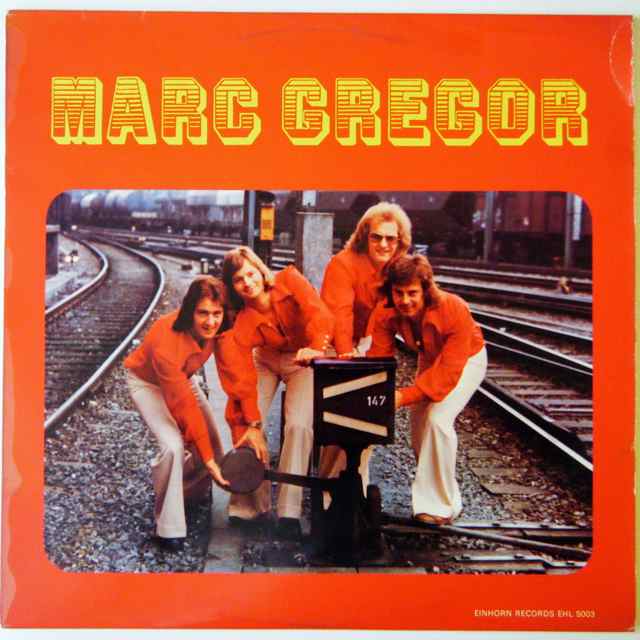 Ultra rare Swiss only lp on the little label, Einhorn Records.
It contains the killer b-boy funk track "Mabusso" written by the well known Ambros Seelos and a cool version of "wade in the water"!!! The two tracks were reissued later by the German label Unique Records. This lp is very hard to catch!!!
The record shows some superficial marks but they don't affect the sound. It plays excellent. The cover shows a light wear on the open edge. 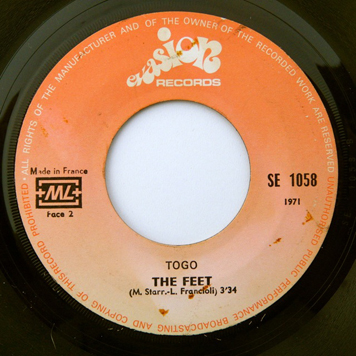 New discovery from the Holywax crew!!!
Extremely rare and unknown Swiss only 45 composed by M. Starr and the bassist, well known in the modern jazz spectrum, Léon Francioli.
This obscure 7" was released in 1971 on the famous "Disques Evasion" label based in Lausanne, just 200 copies was pressed, never seen before, almost impossible to find!!
It contains the library funk track, "The Feet" including heavy hip hop break, fat bass... Listen to the soundclip!!!
This copy has some light marks, no deep scuff, it plays fine with some light background noises, the other side, not a good track, is more noisy. This 45 comes normally with the sleeve but i have found this copy without. 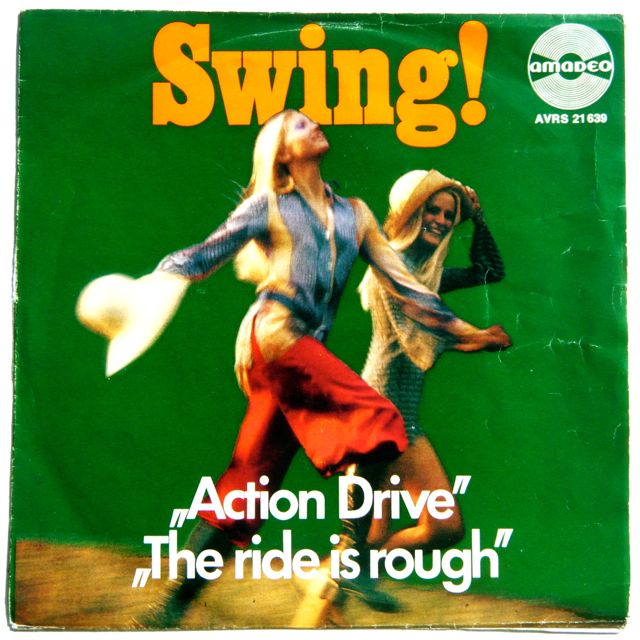 Killer euro funk double sider released in 1972 only in Austria.
Both sides come from the classic KPM library "speed and excitement", bouncy jazz funk and chase theme at his best.
This 45 is really tough to find and was pressed in little quantities only for the Austrian market.
The record is in excellent condition with only some superficial marks. The cover has a general wear, one little seam split (4cm) on one edge and one little tear on another edge. 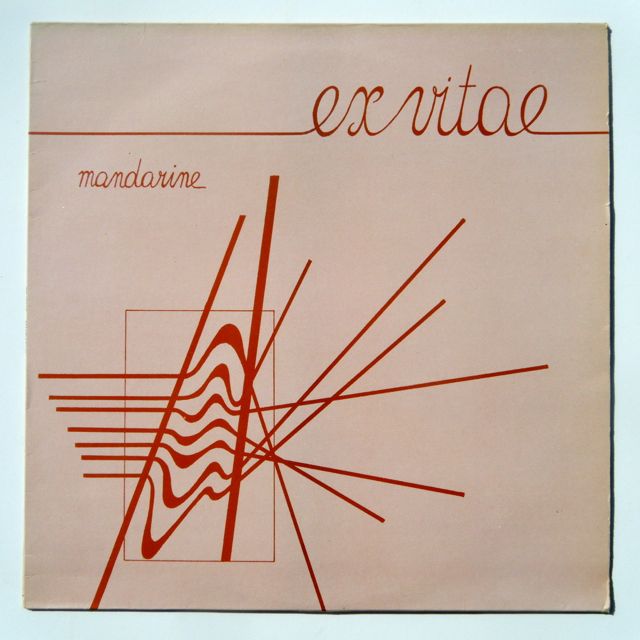 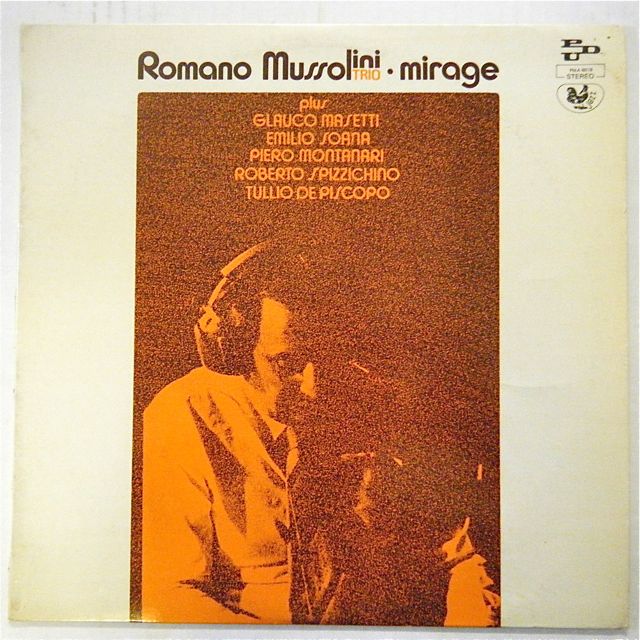 Rare original Italian press released in 1974.
Classic jazz funk - soul jazz lp by the maestro, Romano Mussolini, he plays only Fender Rhodes on this opus, listen to "Mirage", "Blues for Alexandra" and "Rachel's Lullaby".
Record has several marks, no scuff, you can hear some light background noises, plays fine, loud pressing!!
Light general wear on the cover, no seam split. 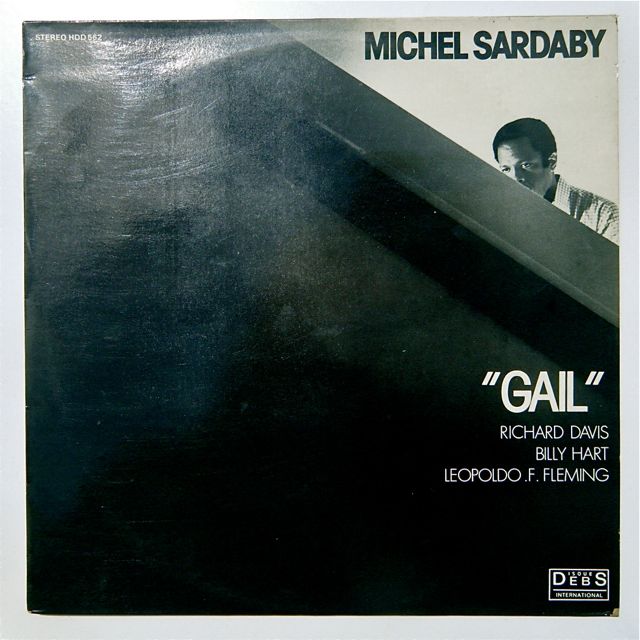 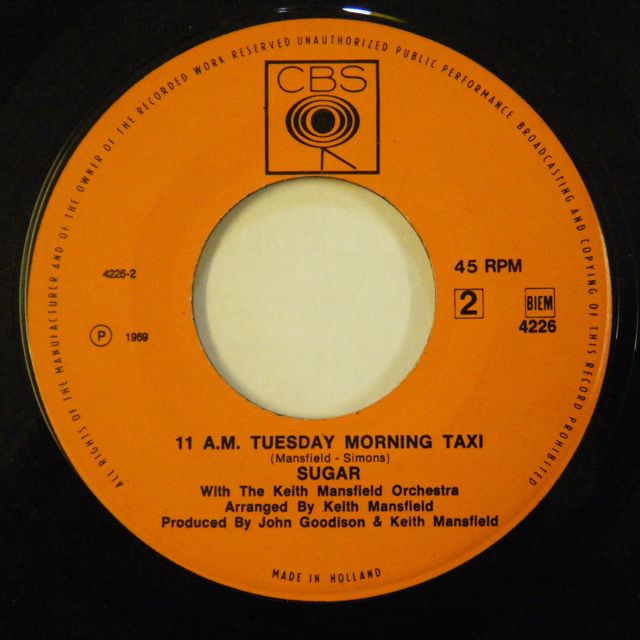 Original issue from released in 1969.
Listen to the rough Mohawks styled funk "11 AM Tuesday Morning" composed, arranged and produced by the maestro Keith Mansfield including monster fuzz guitar and Hammond grooves!!
The record is in VG++ condition with just some superficial marks. A great copy, it plays excellent!!!
Original CBS sleeve. 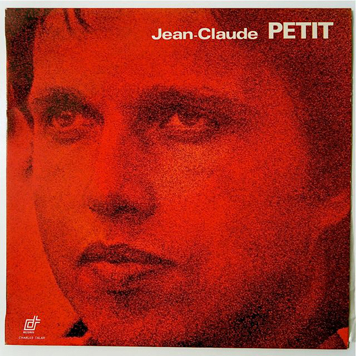 Original French press of this great cinematic concept lp by Jean Claude Petit including "Turn Around" and more...
Shiny and clean copy!!! Minor wear on the cover. 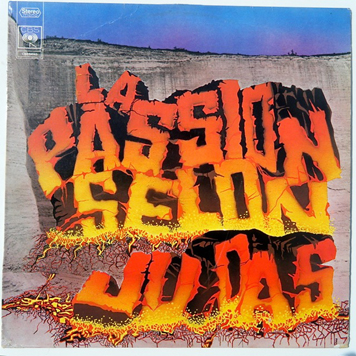 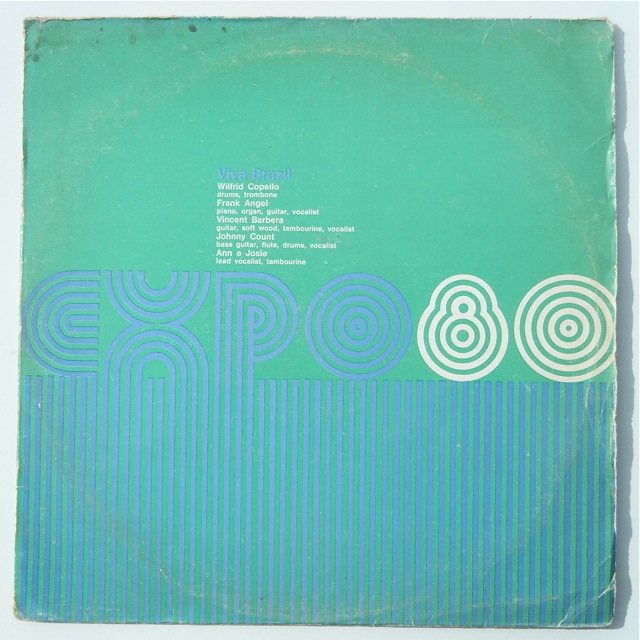 Ultra rare Italian only lp released in 1974.
Amazing Brazil psych jazz funk lp, solid album from start to finish, listen to "Corazon", "rollin' space" and "Upa neguinho" Comped by schema records and to finish "come and sing with us".
The side A is VG- with plenty of marks and light scuff, you can hear crackles on the second and the third extract, no skip. The side B is in VG+ condition and plays fine!!!
The cover shows wear on the edges and corners, some stains on the front cover, light ring wear, no seam split. 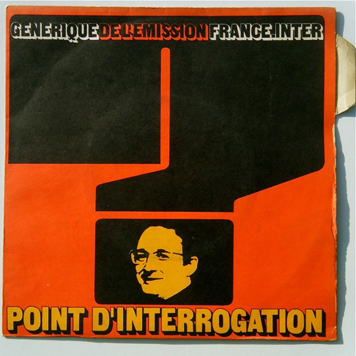 Seldom seen French 45 released for the tv show "Point D' interrogation" on the obscur label, "Disques Magellan".
It contains the superb theme by Jean Claude Vannier, "Je m' appelle Géraldine" including two variations. Reissued by Finders Keepers. Listen it!!!
The record has just some superficial marks, plays excellent!!
The covers shows light wear on the edges and corners, light ring wear and a tiny writing on the back cover, with tag. 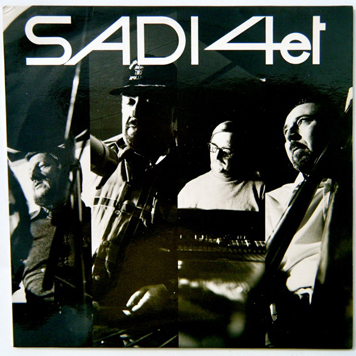 Original Belgian press released in 1976.
Seldom seen jazz groove / modern jazz lp issued on the tiny label Rush records featuring Sadi on vibes helped for this lp by Toni Bauwens on piano, Roger Van Haverbeke on acoustic bass, and Freddy Rottier on drums. Listen to the the two fat jazz funk tracks "Gospel Time" and "Honky Tonky Cat"!!!
This copy is in VG++ condition with just some superficial marks that don't affect the sound. It plays excellent!!
The cover is in solid condition with just a light discolortion and autographed on the by the four members of the band on the back. 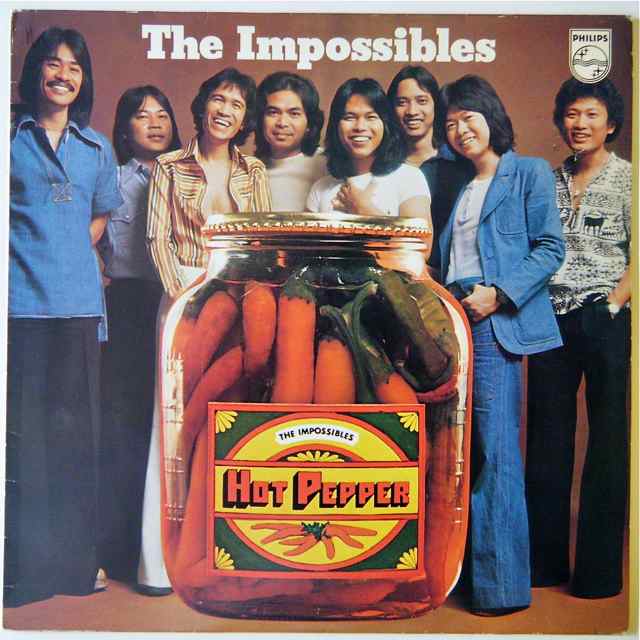 One of the best and hard to find thai funk lp recorded in Sweden in 1975. I'm selling the original Swedish 1st press. It contains the ridiculous cover of Kool and the Gang "give it up" with a lots fat drum breaks, the other Kool cover "love the life you live", the original funky songs "hot pepper", and the disco funk mover "c'mon baby". The lp is in excellent condition, there's just some superficial marks that don't affect the sound. The cover is in VG+ condition, there's just a little writing on the front. Both corners and edges are solid, no splits nor tears... A beautiful copy!!! 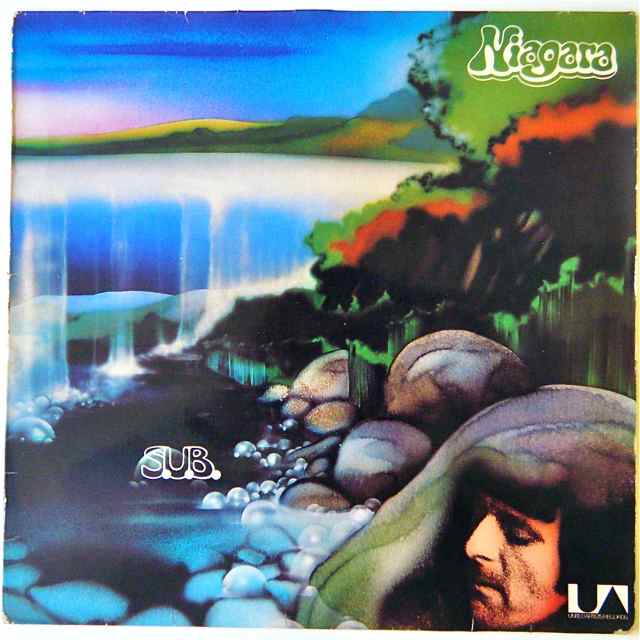 Another amazing lp from the cult german group Niagara lead by the drummer Klaus Weiss!!! Progressive funk at his best including a lot of drum breaks, insane african and latin percussions, fuzz and wah wah guitar, groovy electric piano, free horns, and space effect...
Listen to "Kattarh", "S.U.B.", "Terra incognita", and "Gibli".
The record shows some light marks and scuffs but nothing deep. You can hear some occasional light clicks. It is not a perfect copy but it plays properly without skips or big crackles!!
The cover shows some tears and wear on the edges and corners, no seam splits.
Still a collectible copy!!! 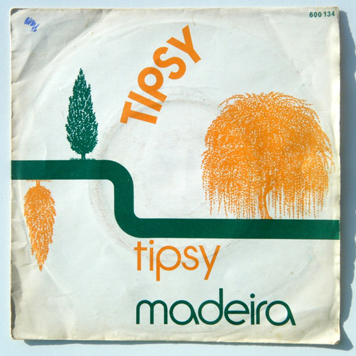 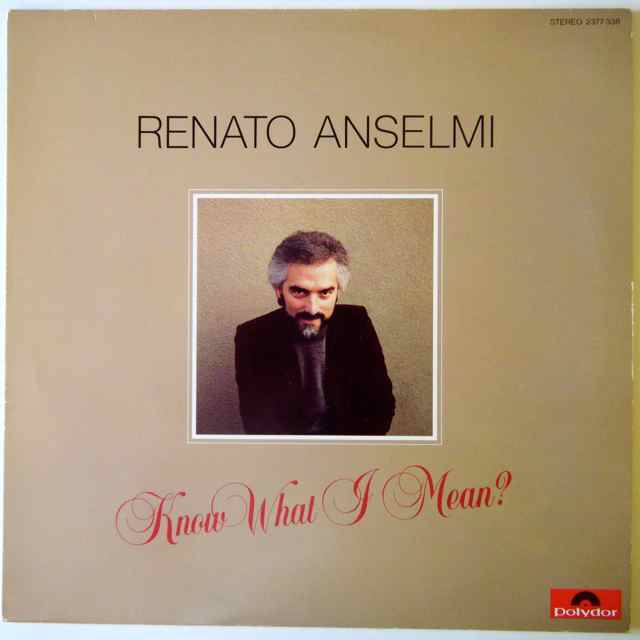 Scarce original Swiss pressing released in 1981 on Polydor.
This is the only lp by Renato Anselmi, one of the two founders of the group Emphasis with Pierre Cavalli.
Listen to the splendid Brasilian soul jazz track "hello mr acuvis" and the jazz groove fusion track "chelsea road"!!!
The record shows some light marks but they don't affect the sound. It plays fine!!!
The back cover shows some little writings and a light general wear. Still a solid copy!!!