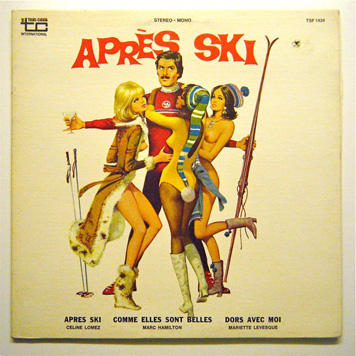 Original Canadian press of this monster OST released for the "maple syrup porn" movie Après Ski in 1971. This jazz funk masterpiece was composed in Fact by John Ranger and his group "l'Illusion", an obscure multi cultural band from the 70's Montreal scene.
This rare lp is now hugely in demand and for good reasons. It contains the amazing heavy funk tracks "Le Doux Renard", "Le Grand Marc", "Les Yeux Brulants"!!! Listen to the sound clip!!
The record shows some light marks but they don't affect the sound, you can hear some occasional light clicks, slight noises but there isn't deep scuff and it plays excellent!!!
The cover shows one little punch hole on the top right and some light wear on the edges and corners. 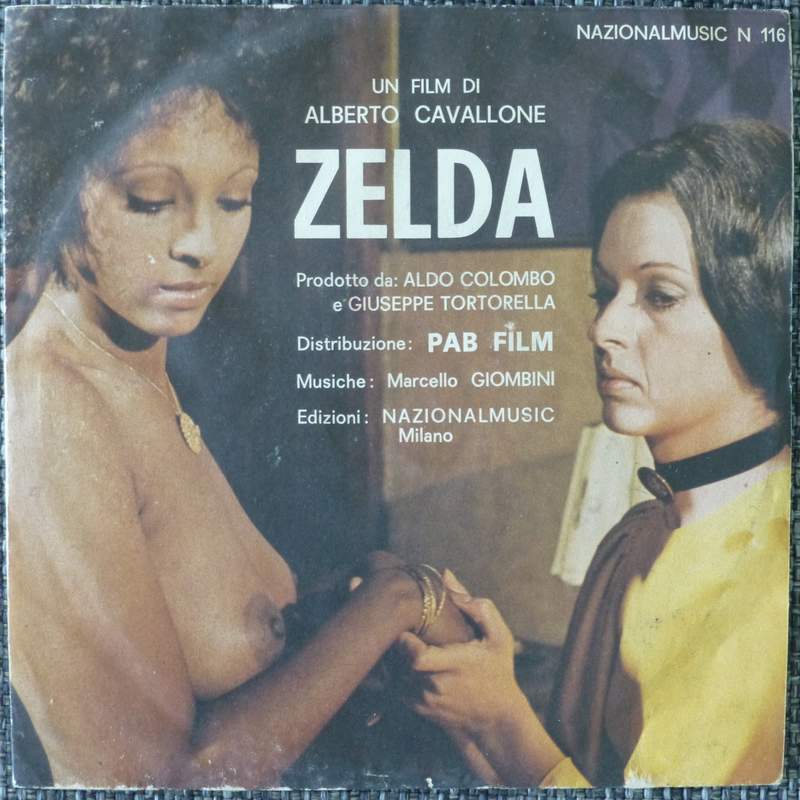 Very rare soundtrack out of Italy from 1974 of a weird erotic movie named Zelda directed by Alberto Cavallone. The music is delievered here by Marcello Giombini.
Check the crazy "Zelda Theme", a proto electro cosmic funk track with loads of spacey electronic effects and mad synthesizer melodies over a funky drum machine rhythm! "Henry Theme" reminds me some Kubrik movies with crazy effects over a baroque theme.
Both cover and record are VG+. Back cover has some tears whereas front is in nice shape.
The record shows some marks but plays great overall with some light background noise noticeable mostly on "Henry Theme" side. 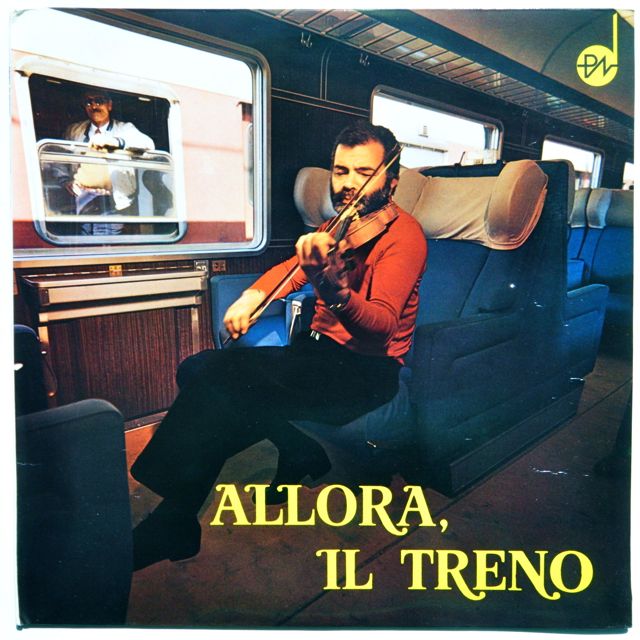 Scarce original Italian press of this obscure OST released in 1975.
Composed and conducted by Bruno Nicolai, this lp contains some superb Brazil scat lounge track like "Allora, Il Treno" featuring the magnificent voice of Edda Dell'Orso, or "Viaggio Di Ritorno" with the same theme but more orchestral with a great organ solo, check also the electronic pop track, "Alpen Express" and the abstract "Non Trovo Il Mio Treno".
The record is NM, in superb condition, it plays excellent!!!
The cover is VG++; just a light wear on one edge and two corners. 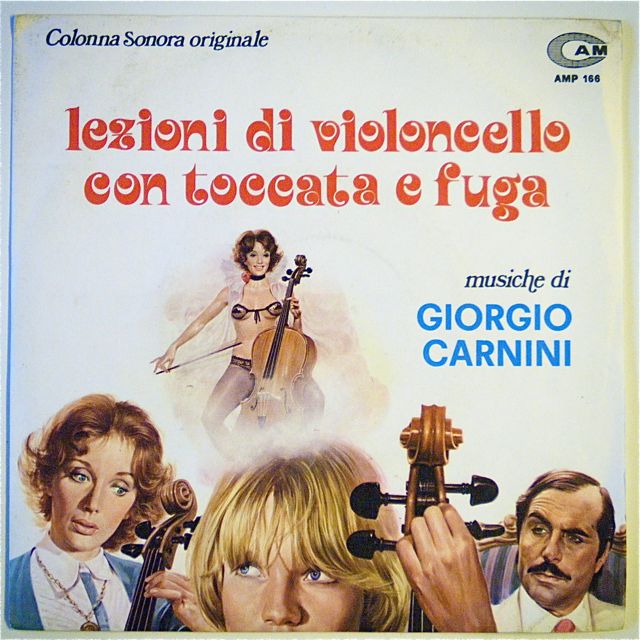 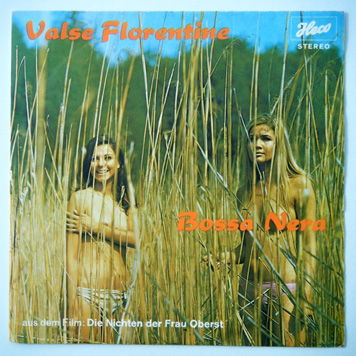 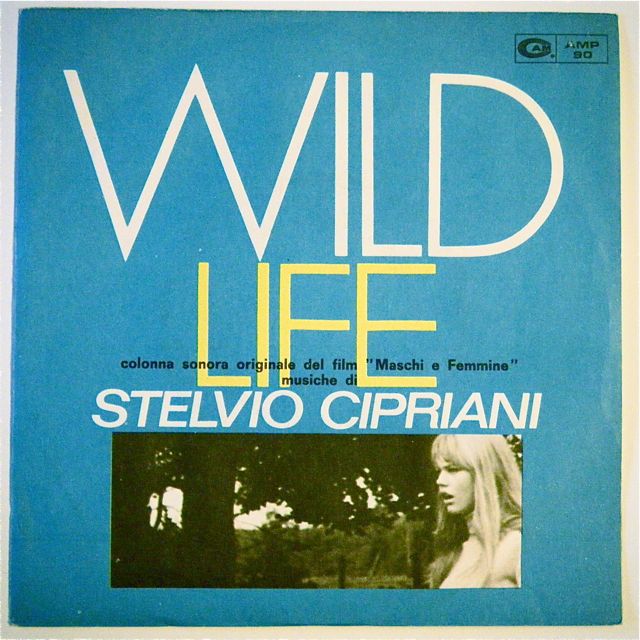 Original Italian 45 from 1971.
It contains the great lounge funky track called "Peggy" composed by one of my favourite Italian composer, Stelvio Cipriani.
Beautiful art cover.
The record shows one superficial mark that doesn't affect the sound. Some minor wears on the cover. 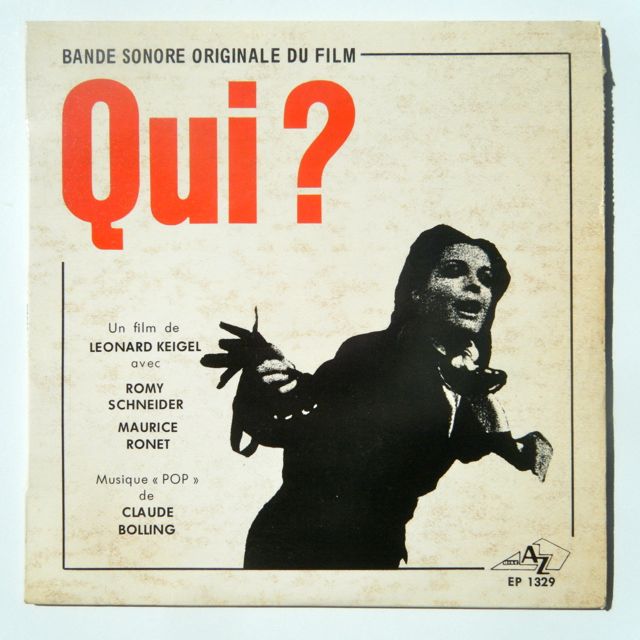 Classic French OST 45 EP composed by Claude Bolling.
Listen to the psych jazz funk track "Full Speed" and the psych freakbeat "Strange Magic"!!!
Record has some light marks, you can hear occasional ticks, overall, it's plays fine.
Cover has stains on the front and back cover. Solid copy!! 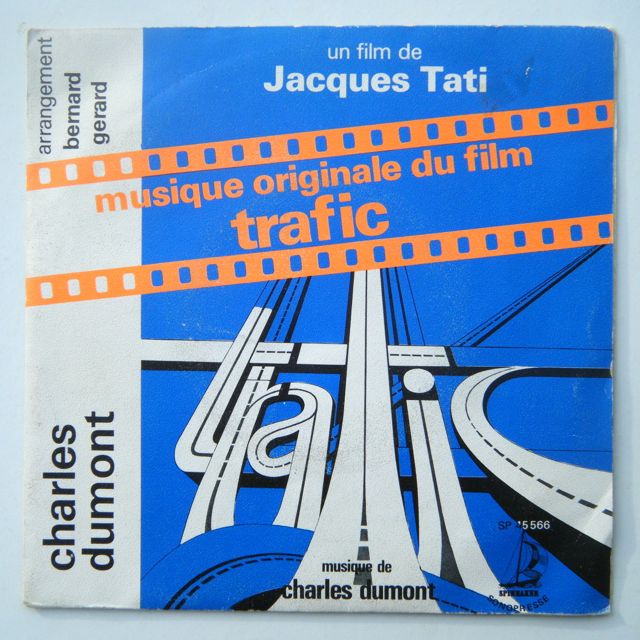 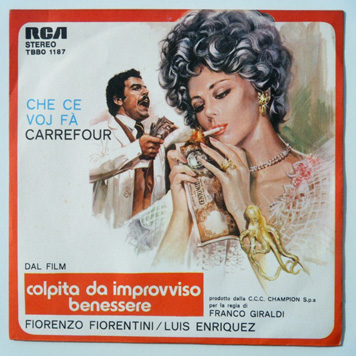 Rare original Italian 45 released in 1976.
It contains the monster drama jazz funk track, "Carrefour" including open break, killer bassline, guitar, horns, flute, Hammond, and hard hittin' congas, the whole perfectly arranged by Luis Enriquez Bacalov!!
This copy is in beautiful condition, just some superficial marks on the other track, the "Carrefour" side is in mint condition, looks unplayed!! Cover in perfect condition as well!! 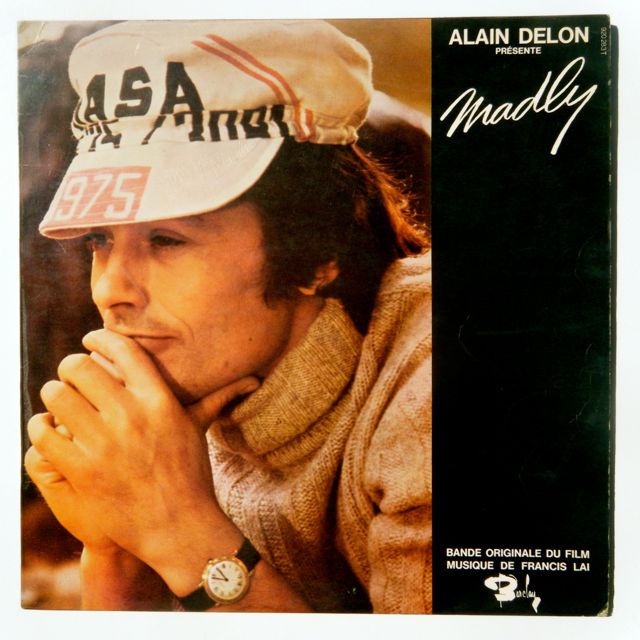 Scarce original French press of this classic OST composed by Francis Lai including the great Hammond funk track, "Somewhere In The Night".
Record has a lot of marks, no deep scuff, light background noises and ticks mainly when the music isn't loud. General wear on the cover, no seam split, light lamininate wear on one edge. 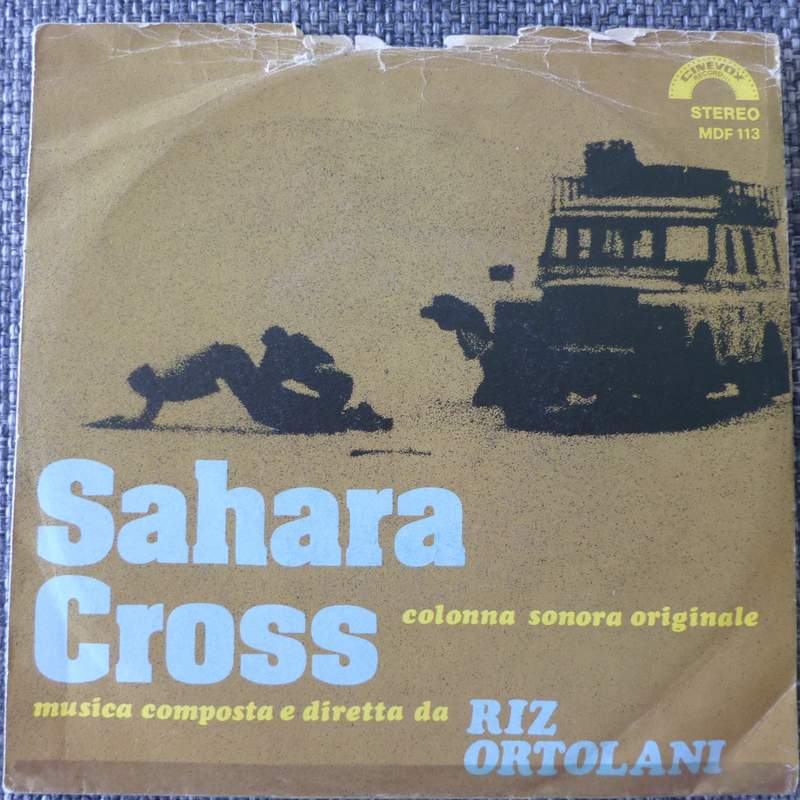 Original Italian pressing from 1977 on Cinevox of this obscure soundtrack by Riz Ortolani.
Both tracks are great! "Safari Session" is a great jazz funk track with fuzzy guitar, killer hammond and fender rhodes breaks. "Sahara Cross" is more disco oriented with similar instrumentation. Nice artwork sleeve.
The cover is in VG condition due to some taping on its bottom, wear on the opening (upper) side and a sticker on one side as shown on the pictures provided.
The record is in VG+ condition due to many superficial marks but plays strong as you can hear on the soundclip below. Rare! 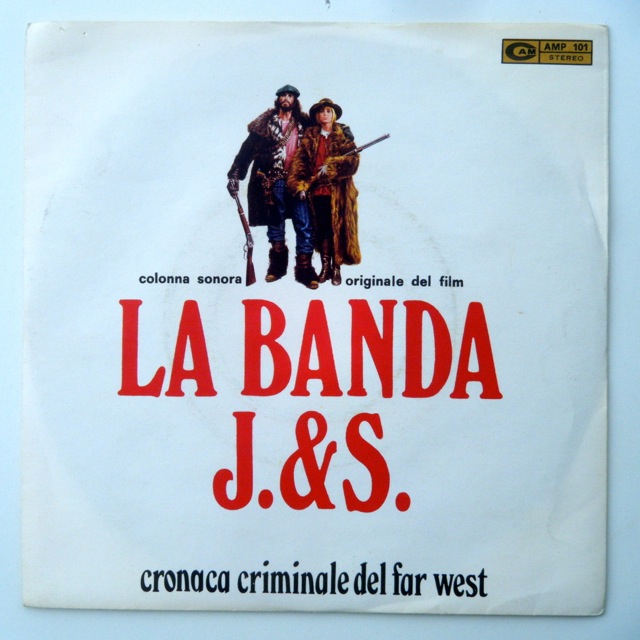 Seldom seen original Italian pressing released in 1972.
Rare work from the maestro Ennio Morricone for the spaghetti western "La Banda J. & S." directed by Sergio Corbucci. This 45 is really hard to find and virtually unknown!!!
The record is in NM condition. The cover shows some light wears but nothing serious, a solid collectible copy!!! 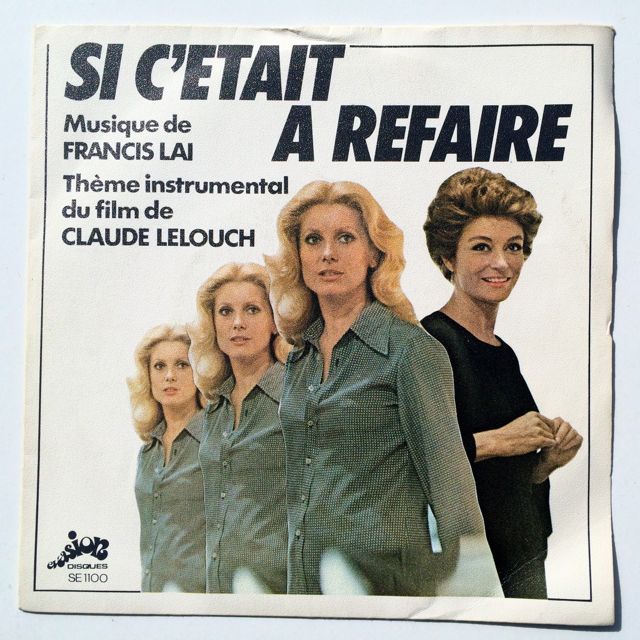 Wowww!! Extremely rare 45, Swiss only issue from the French ost, "Si C' était à Refaire" composed by Francis Lai including an exclusive track on the side b, "Young Freedom", it exist another 45 with this track but less rarer, this one is impossible to find, released only for the Swiss market, for sure one of the rarest funk / ost work by Francis Lai. " Don't try to find another copy or just some info about this 7inch, he's virtually unknown.
"Young Freedom" is a terrific cosmic disco funk track with rough open disco break, funky clavinet and electric piano, superb string theme and ridiculous synth solos, the whole arranged by Mr Christian Gaubert". Check the soundclip.
This copy has some light marks, you can hear occasional light ticks, overall, it plays excellent!!
One little tear on the top edge. Serious offer only. 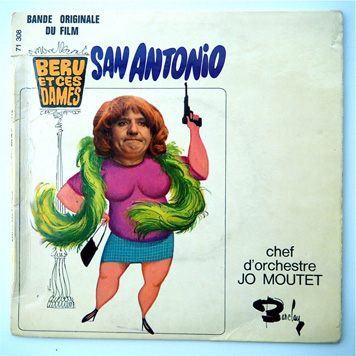 Seldom seen French EP 45 composed by Jo Moutet including the uptempo scat jazz "Pleine gomme" and the jazz pop groove, "A Tueur Et A Toi".
The record has a lot of marks, the good tracks plays fine!! Light background noises on the others tracks.
Little tear and wear on one edges, no seam split, solid corners. 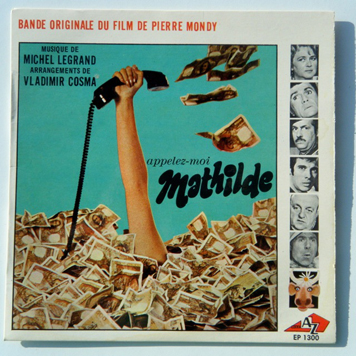 Rare French OST EP 45 composed by Michel Legrand and arranged by Vladimir Cosma, it contains the killer jazz funk track, "La Poursuite" including amazing horn arrangement, rolling bass line and solid breakbeat!!! Listen!! Comped on the Orchestral Party Act 2.
The record is in VG+ condition, the good track plays excellent, there is some light clicks on the other tracks when the music isn't loud.
The cover is in superb condition, just some minor wear. 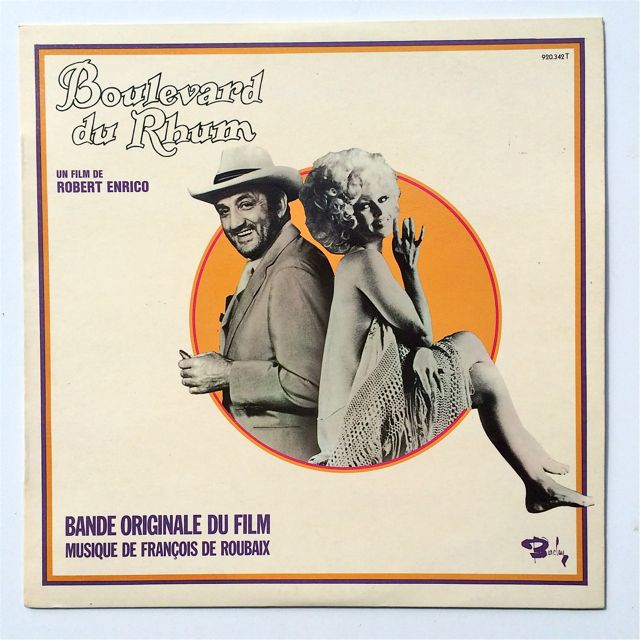 Original French press of this rare ost composed by François De Roubaix in 1971.
Listen to the great drama theme, "Bataille Navale".
The record has several light marks but they don't affect the sound, plays fine.
Minor wear on the cover, in superb condition!! 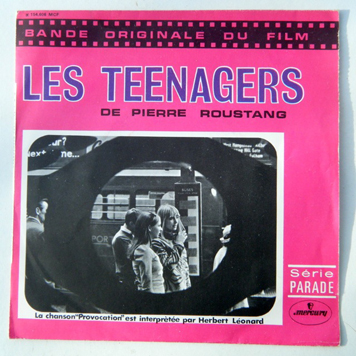 Rare French 45" released for the Pierre Roustang movie, " "Les Teenagers".
Check the killer freakbeat track sung by Herbert Léonard and composed by Larry Greco, "Provocation" with killer fuzz guitar, engaged lyrics and garage beat, listen also "Munich Party" including delirious vocals and fuzz guitar over a great jazz groove beat!!!
The record shows just some superficial paper marks, it plays excellent!!!
The cover is in superb shape, just a light ring wear on the back cover and minor wear on the edges and corners!! 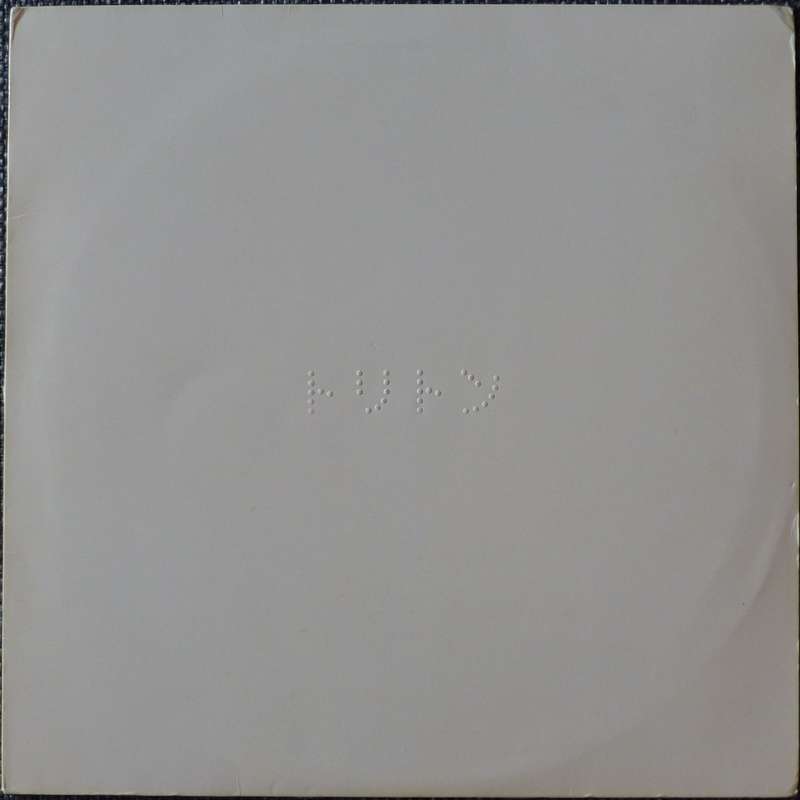 Mega rare original Japanese pressing from 1979 of the alternate Toriton soundtrack. The music is composed by the jazz pianist Hiromasa Suzuki and the famous Akira Ishikawa does the job on drums but this time the arrangements are completely different. The result is stunning and this version is much rarer than the other one.
One of the best Japanimation record in my opinion with a mixture of great psychedelic funky tracks and more easy lounge ones. Expect fuzz, wah wah, drum breaks, sax and much more. Listen to the long soundclip and judge yourself!
The cover is in VG++ condition with light wear on corners and edges and a light ring wear on the back.
The record looks beautiful with full lustre. It plays great with only some minimal background noise during quiet parts and in between tracks. 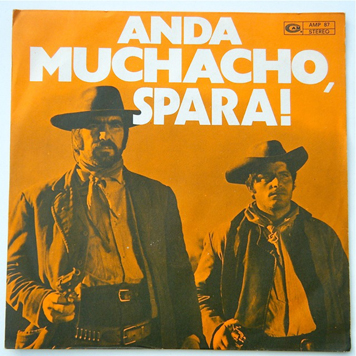 Hard to find italian 45 released in 1971.
The music of this obscure spaghetti western was composed by the great Bruno Nicolai!!
No info found on the web about this 45.
The record and the cover are both in EX condition. 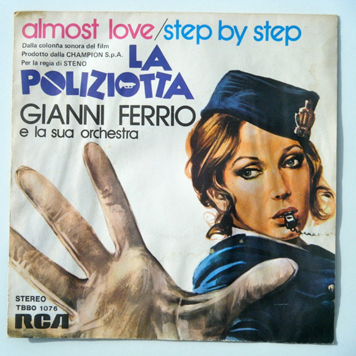