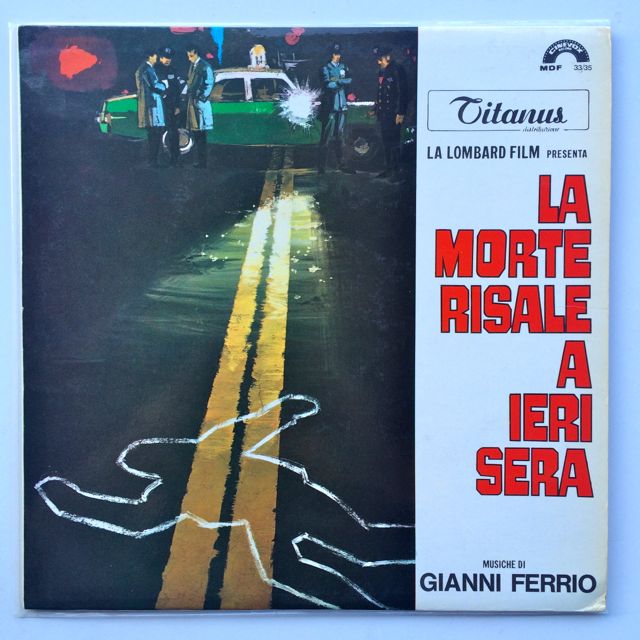 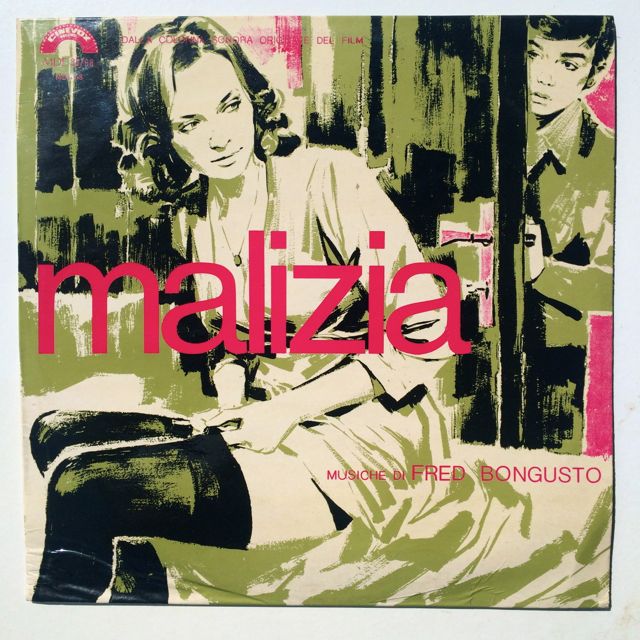 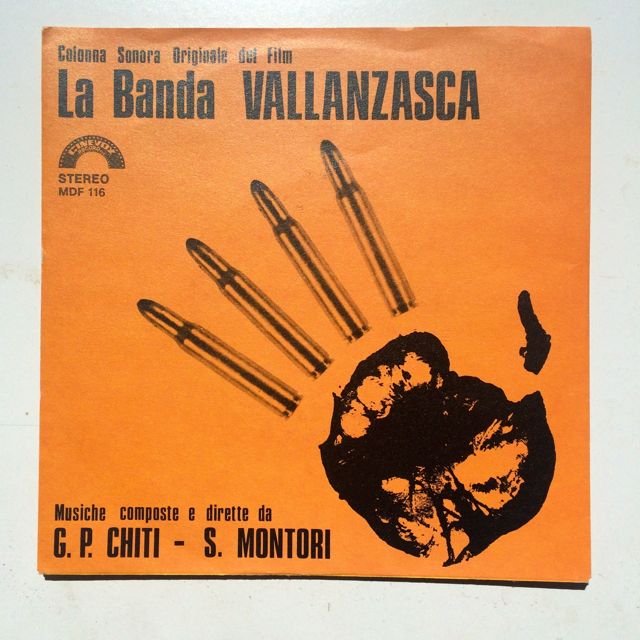 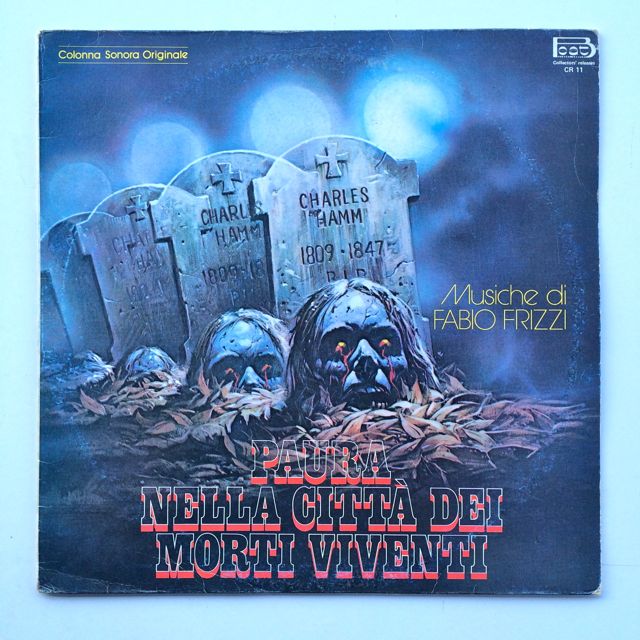 Crazy evil soundtrack we have here from Italy on the label Beat recorded in 1982 by Fabio Frizzi.
Pure evil madness, this soundtrack is haunting, gloomy and dark, with huge samples potential! Fabio Frizzi at his best and by far the best soundtrack in the genre! These soundtracks on Beat are getting harder and harder to get and there is a big demand nowadays. Enough speaking, check the soundclip if you don't take my word for it.
Records has several light marks, plays excellent, just some occasional ticks, no deep scuff. Cover has general wear, check the picture, still in solid condition, no seam split. 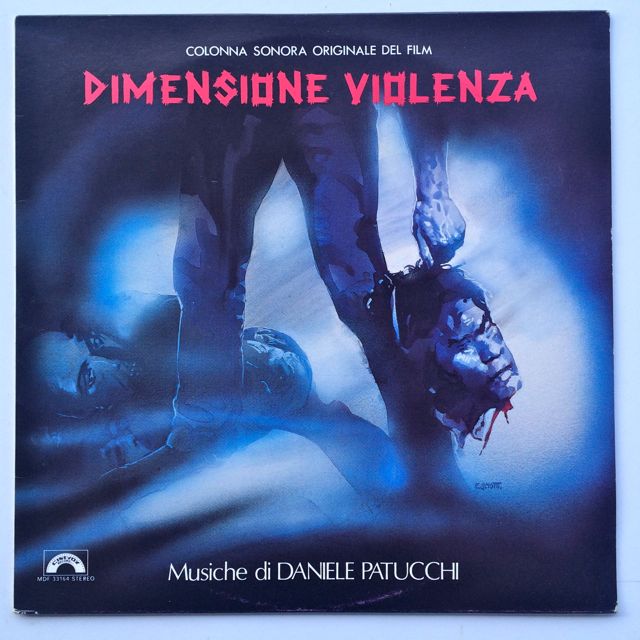 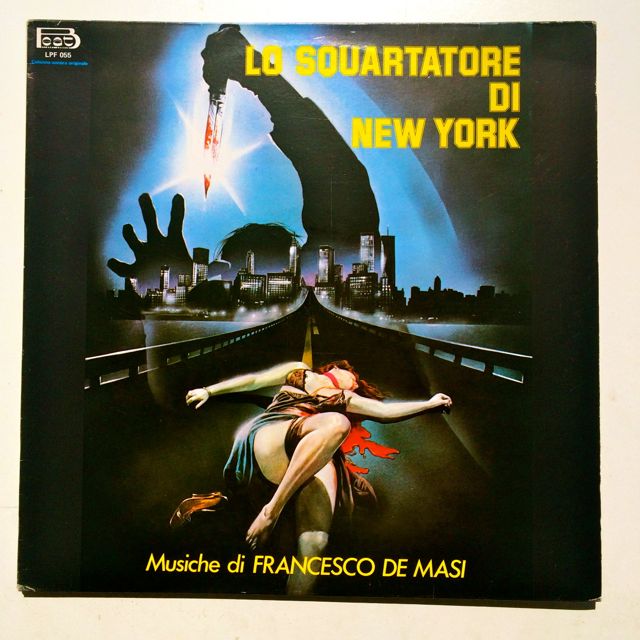 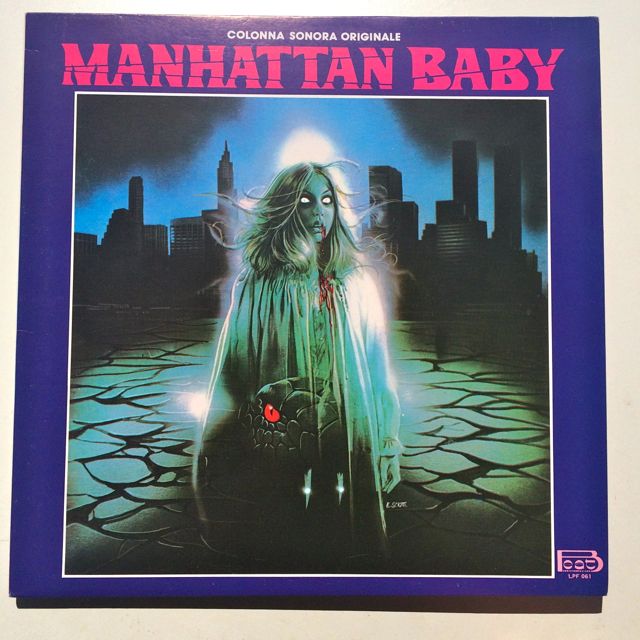 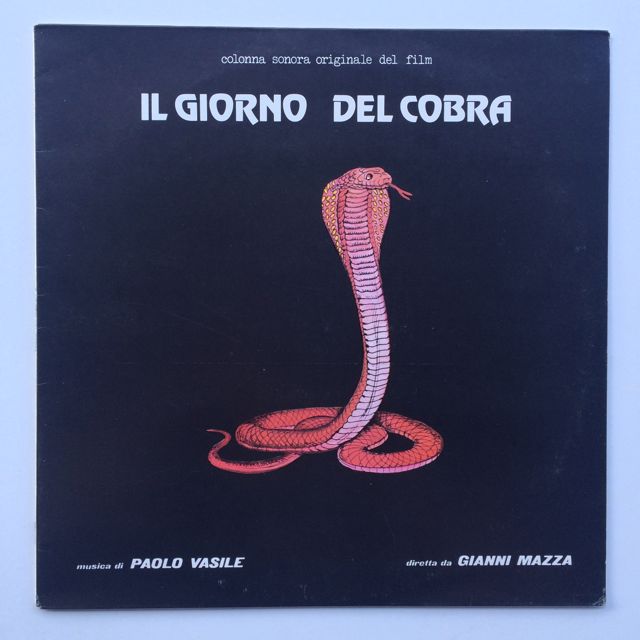 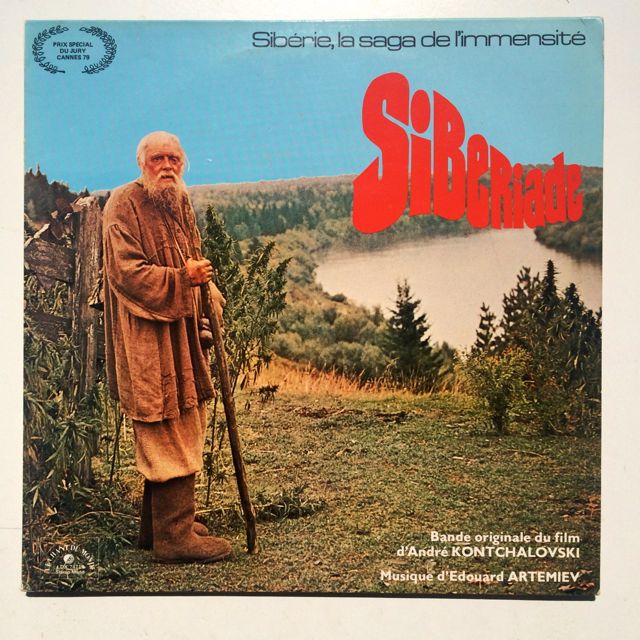 Original press of this cult Russian OST released only in France in 1979.
André Artemiev delivers with this lp an outstanding cosmic / electronic masterpiece. Check the insane cosmic track "Le Feu" where Artemiev mixes up a lot of different analog synthesizer texture to a binary drum beat to give this progressive proto electro gem, a true sound experience!!!! Listen to the other track "La Mort Du Héros", more in the electronic avant garde way.
VG++ copy, some light marks, plays fine! The cover shows light wear on the edges and corners, a beautiful copy overall!!! 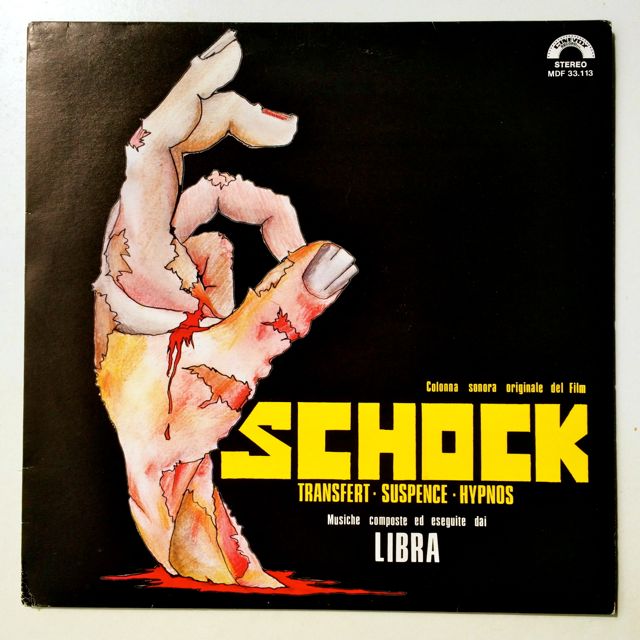 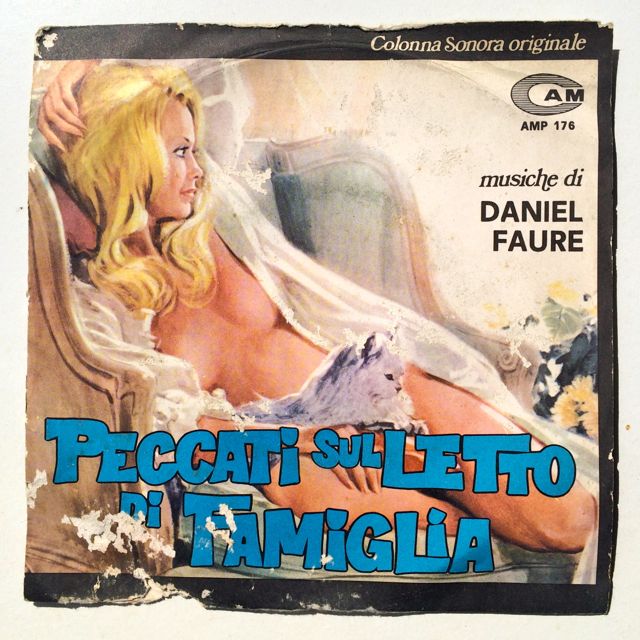 Rare original Italian press on Cam released in 1976. Monster psych funk 45 composed by Daniel Faure. Record has some light marks, no scuffs, plays fine. Cover has tears, mainly on the down edge, check the pictures. 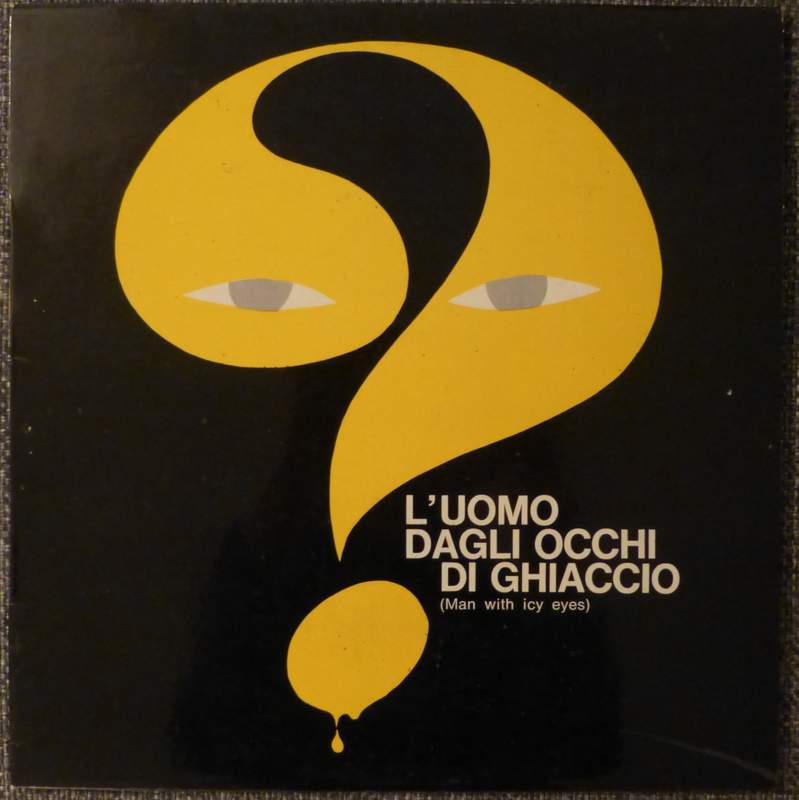 We are very proud to offer once again this beautiful soundtrack! Very rare and in demand original pressing from 1971 on the very little Pegaso label of the amazing Italian thriller movie soundtrack L'Uomo Dagli Occhi Di Ghiaccio aka The Man with Icy Eyes.
The music is composed and arranged by the great trombonist Peppino de Luca alongside with Maurizio Majorana on bass, Antonello Vannucchi on keyboards, Roberto Podio on drums and Carlo Pes on guitar. The result is this brilliant soundtrack! Check the crazy theme "L'Uomo Dagli Occhi Di Ghiaccio" done in many different varations, groovy, lounge, bossa nova with superb scat vocals, the latin "I Tre Messicani", the groovy "Corsa Mortale" with great breakbeats, superb bassline and a dreamy flute to name a few. This one has it all, the whole LP is a killer and we could have recorded it in its entirety!
The cover is in EX condition with some marks on back cover as you can see on the pictures.
The record is in shiny NM shape with only very few light superficial marks under bright light. It plays perfect all the way through! Check the long soundclip provided to get a better idea! Seldom seen for sale so be quick! 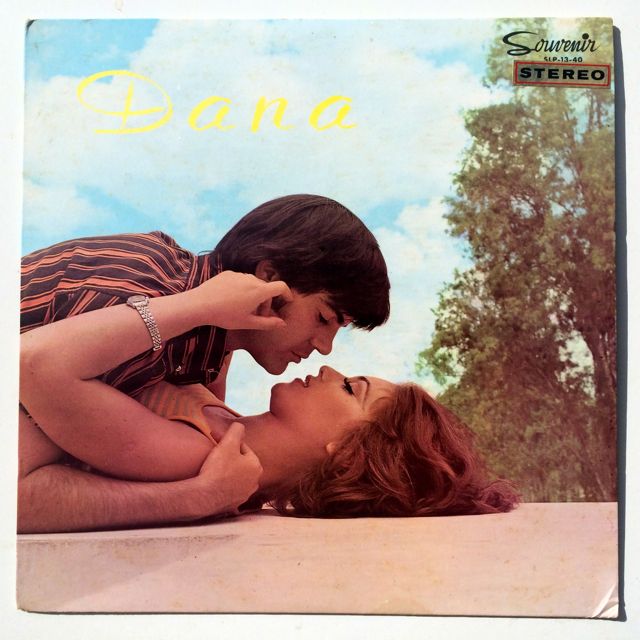 Obscure OST from Venezuela composed by different artists, Jesus Ignacio Perez Perazzo, Nancy Ramos, Jazzteto, Orquesta Venezuela Pop...
The music is oriented modern jazz and latin pop,the surprise and the highlight is the heavy heavy fuzz psych track, "Psico Ritmos" composed by the Love Depression. This track is only available on this lp. Listen it!!!
The coloured record has light marks and light background noises when the music isn't loud. The great track plays fine!!
The cover has several stains on the front and back cover, light wear on the edges and corners. 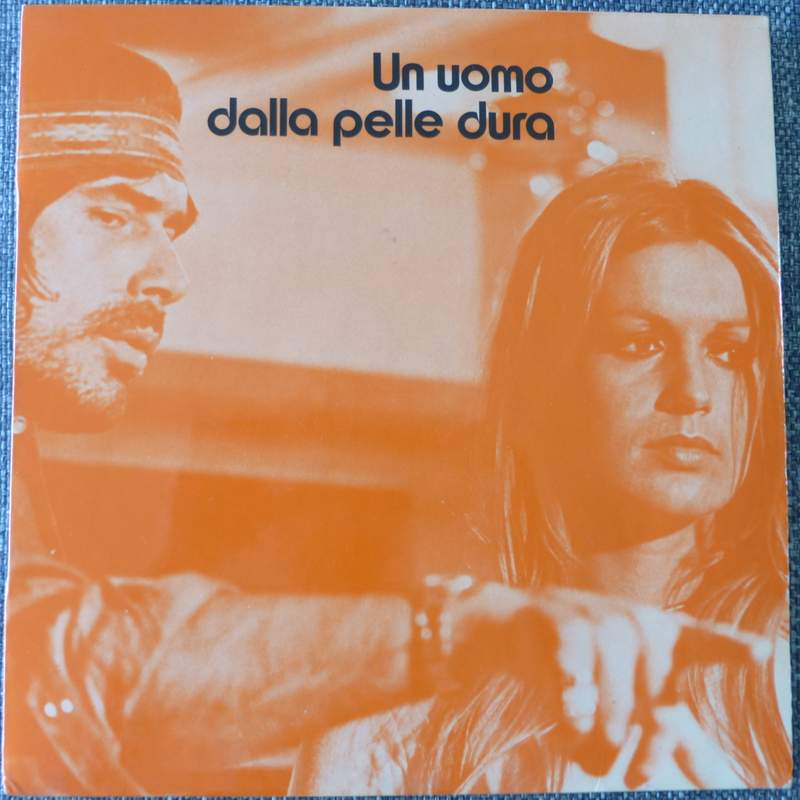 HOT! Crazy rare in demand original pressing from 1972 out of Italy on the very small Pegaso label.
Maestro Carlo Pes here, the "C" guitarist from the infamous quartet I MARC 4 that also probably plays on this session. This record is very in demand at the moment and for good reasons! Beautiful music from start to finish with various atmosphere going from dark and dramatic to more romantic and lounge full of lively rhythms. Check the amazing funky track "Tough Guy" that is delivered here in 3 different versions, the crazy tensed dramatic "Morte di un Hippie", the great loung track "Relaxing in New Mexico" with nice Hammond improvisations, guitar and flute or the bossa jazz track "Joinin' the Swimming Pool" with some nice piano among others.
The cover is in strong EX shape with only some little wear on the 2 bottom corners and very light ring wear on the back as you can see on the pictures provided.
The record is in nice VG++ condition and plays great (at least EX) all the way through. Side A is EX with some very light marks that don't affect the playing. Side B looks VG+ with some more marks but fortunately they don't affect the playing neither. Check the soundclip below to get a better idea! Killer LP in hot demand and rarely offered for sale so be quick! 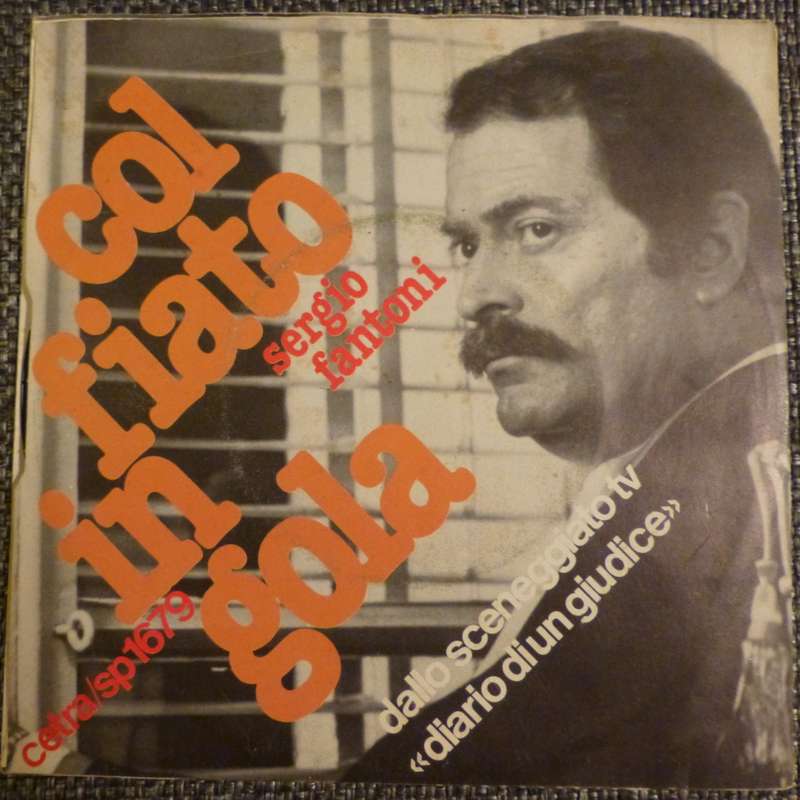 Holy Grail 45! Original first pressing on Cetra out of Italy from 1978.
Filippo Trecca delivers here one of his best work with really fat drums. If you don't already know this track, check the soundclip!
The sound quality on this 45 is far superior as the 2 compilation where this track appears and it is simply uncomparable. Prefer the real deal!
The cover is in nice VG++ condition with ring wear and some brown spots (probably some dirt), otherwise in nice shape. The record is in EX condition with only some superficial marks (nothing bad). It plays perfect! 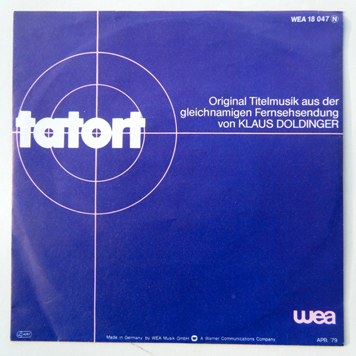 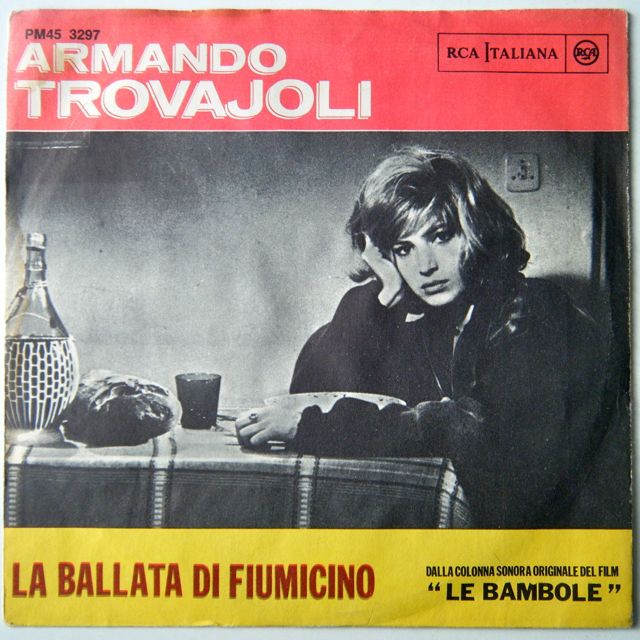 Original issue from 1965 of this hard to find Italian 45. It contains the superb track "Motivo Conduttore" from the movie "Matrimonio all'Italiana", amazing work from Trovajoli, check the soundclip!!!
Just one superficial mark to be found on the wax. It plays perfect. The cover shows some light wear on the edge, no seam split, and some light stains on the front. 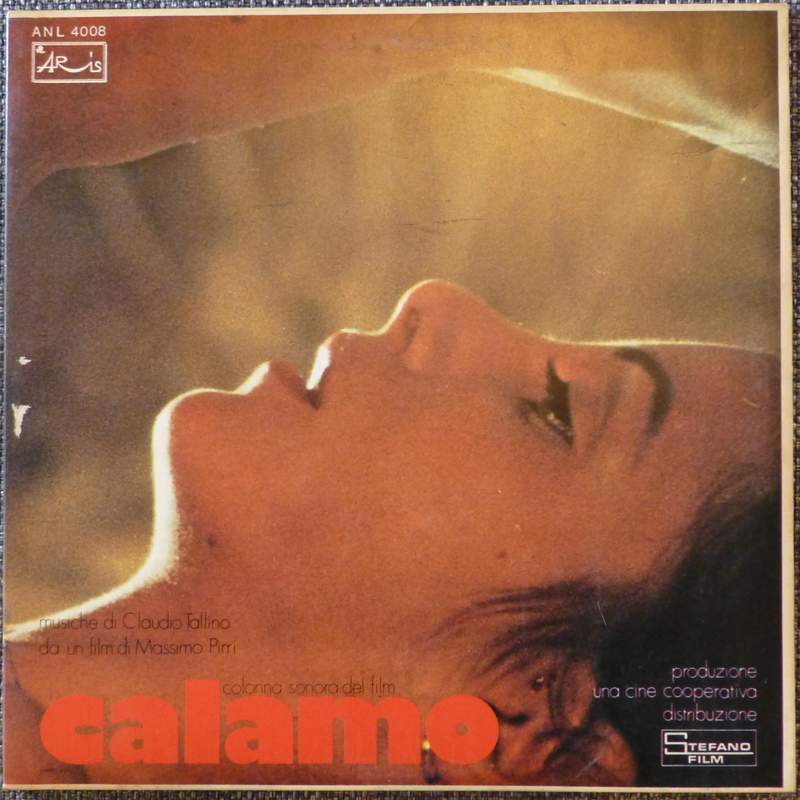 Hard to find original Italian Soundtrack on Aris from 1975 by Claudio Tallino.
It includes the monster "Smoke gets in you Head" track with huge drum breaks and nice fuzzy guitar. Italian groove at its best! Listen also to the great "Journey to Nowhere", "The End" and "Lone Stepbrother".
The cover is in nice EX condition with only a small tear on the front (check the pictures) and some brown spot inside the very nice gatefold cover.
The record looks and plays EX. It is very shiny with very few surface marks. It plays great all the way through with only 2 clicks on one track (second on the sound clip). 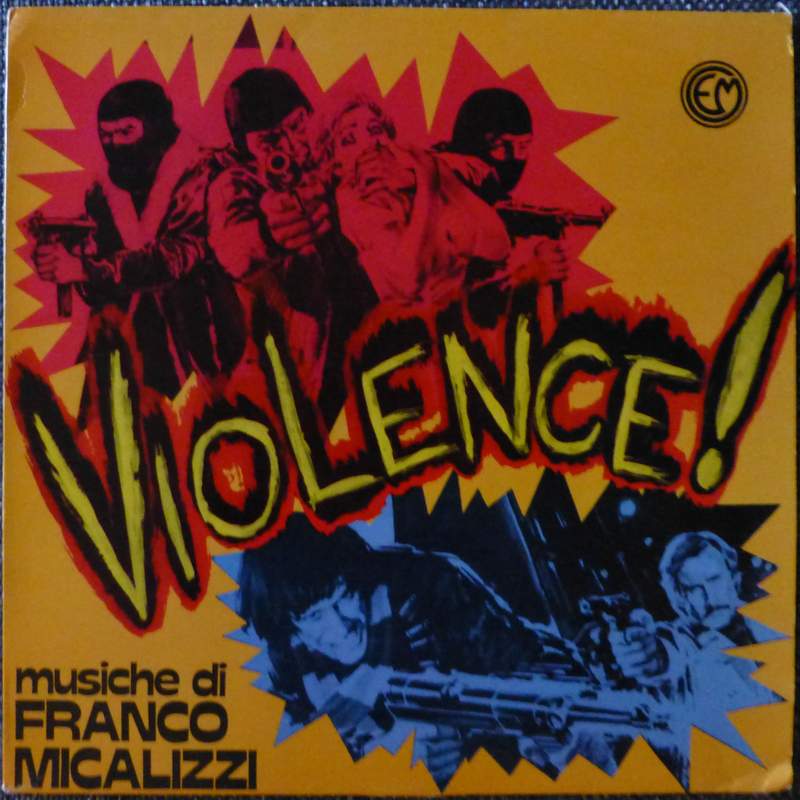 Do we need to introduce this one? Rare original Italian first pressing on Cometa from 1977 and numbered (485/500), not like many of them on the market at the moment.
Wonderful Giallo Soundtrack funk delivered here by Franco Micalizzi. Take a listen to the great "Afanno" with huge drum breaks and very nice flute work, "Running to the Airport", "Caccia al Cinese" with great Dusty Finger's break, "Fiato Sospeso" or "Big Fight". Very complete and essential album of the genre.
The cover looks really nice and is in EX condition with only wear on the corners otherwise perfect.
The record is in beautiful NM condition and has hardly been played. It looks and plays great!