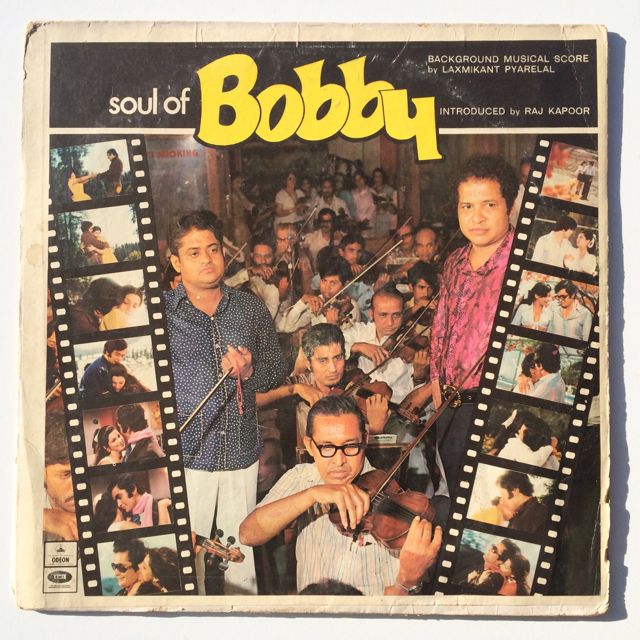 Original 1st press released in 1974.
Very hard to find bollywood jazz funk psych lp composed by Laxmikant Pyarelal. This album is in fact the background music of the movie, "Soul of Bobby", some killer tracks inside, and only avalable in this lp, check the soundclip!!
Record has just some superficial marks, general wear on the cover, seam split along the right edge. 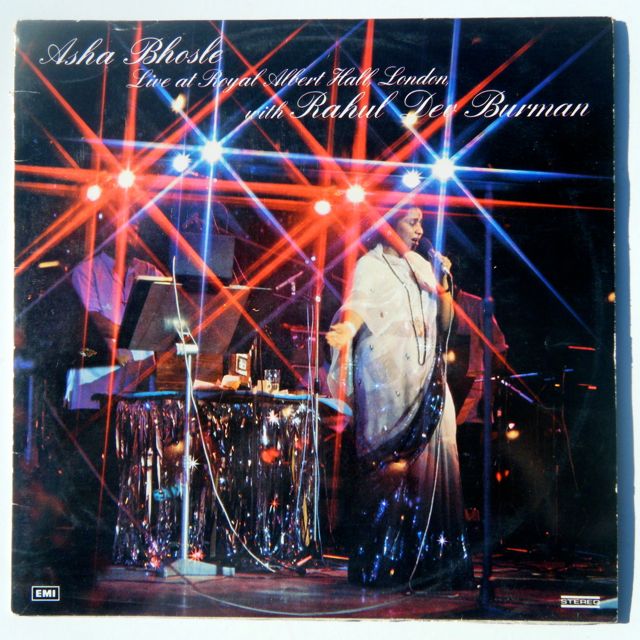 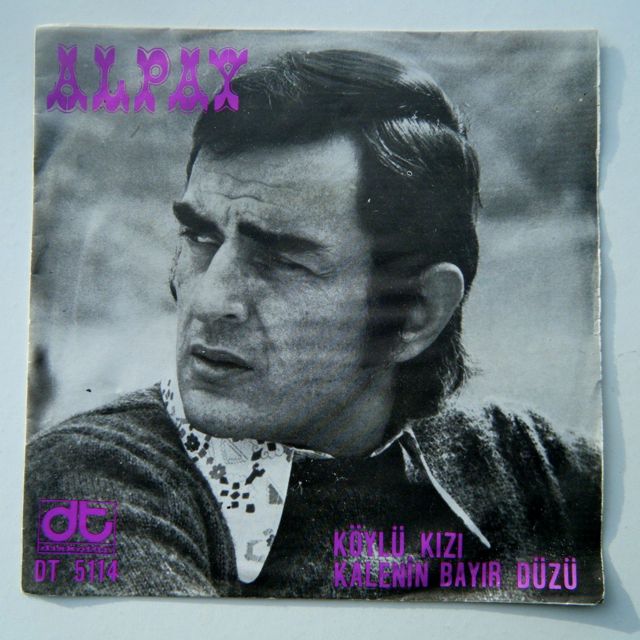 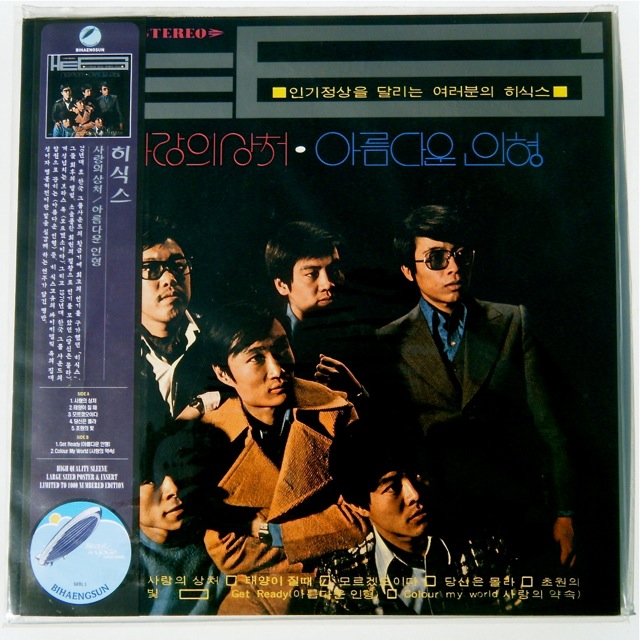 Rare and in demand high quality reissue of one of the most desirable psych funk lp from South Korea. It contains the the insane 10min cover of the classic track, "Get Ready" including gloomy psych intro with cool flute work, afterward comes the rhythm section and fuzz guitar, but the craziest is the long and intense psych funk jam until the end of the track with rollin' bass, monster organ, flute and fuzzy guitar solos, fat b-boy break....
This copy is sealed, in perfect shape, high quality reissue with hard box textured cover, with large sized poster and insert. Limited to 1000, numbered edition!! Out of stock everywhere!! 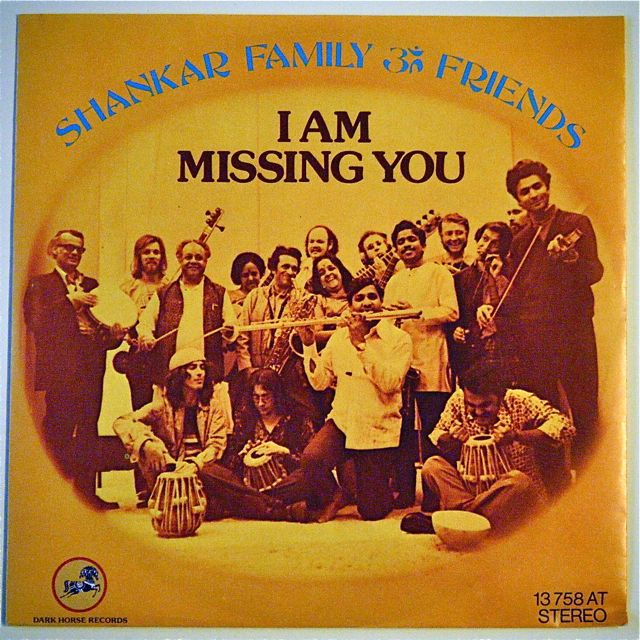 Original German pressing from 1974.
It contains the classic oriental psych funk number "lust", including a mighty drum break, insane indian percussions, trippy flute and violin... one of the best track of the lp!!!
Deadstock copy in perfect condition!!! 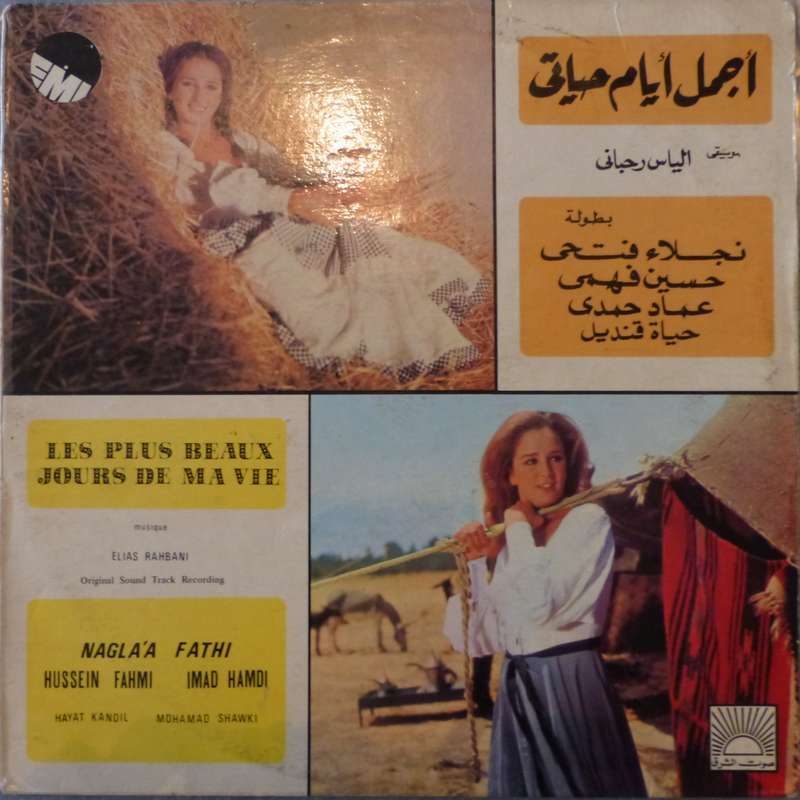 Great Soundtrack composed by Elias Rahbani, pressed in Greece in 1974.
Listen to the killer track "Beat" here below!
The cover and the record are in strong VG+ condition. The record shows some surface marks but plays great!
Doesn't show up so often, be quick! 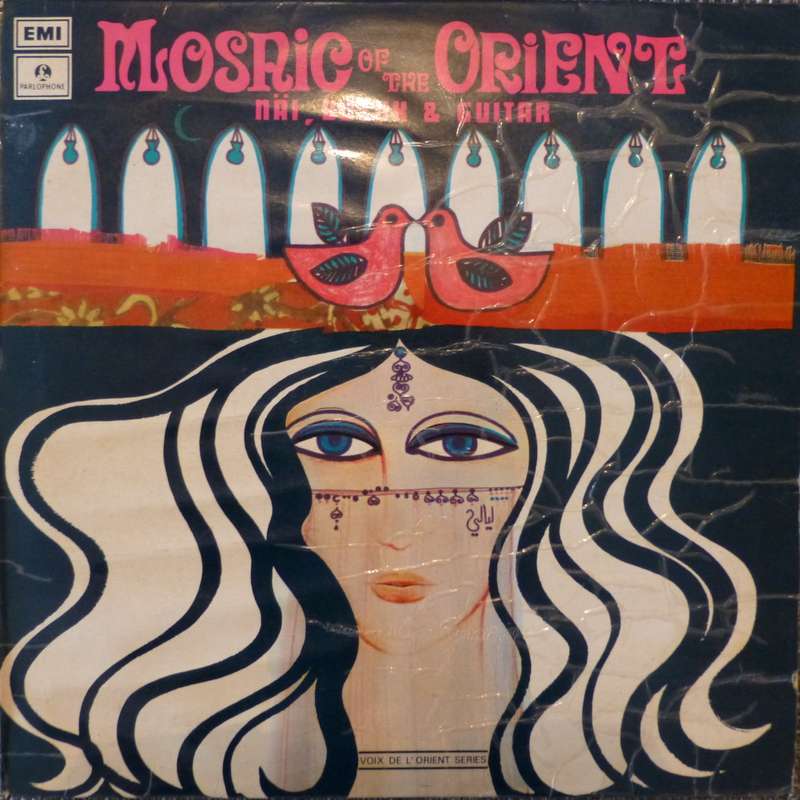 Very rare Greek original pressing from 1972. This is the first and best volume of the serie. The music is composed, arranged and conducted by the great Elias Rahbani. He delivers here great music with traditional instruments and superb arrangements.
The best track from this album is "Dance of Maria" that has been used in the great mix from Diplo and Tripledouble AEIOU two in 2007. It kicks off with a great drum break and then Nai (type of arabic flute), Bouzouki, Guitar and Electric Organ are doing a great job. Some other very good tracks to discover on this scarce LP.
Cover is in VG+ condition and has some light water damage. As seen on the picture, the tiny plastic on the front cover is ondulated. The top cover is unglued on 3-4cm. The record is also in VG+ and shows many surface marks but fortunately the record's playing is still enjoyable with some surface noise that is not over powering the music.
Listen to the soundclip to make a better idea! 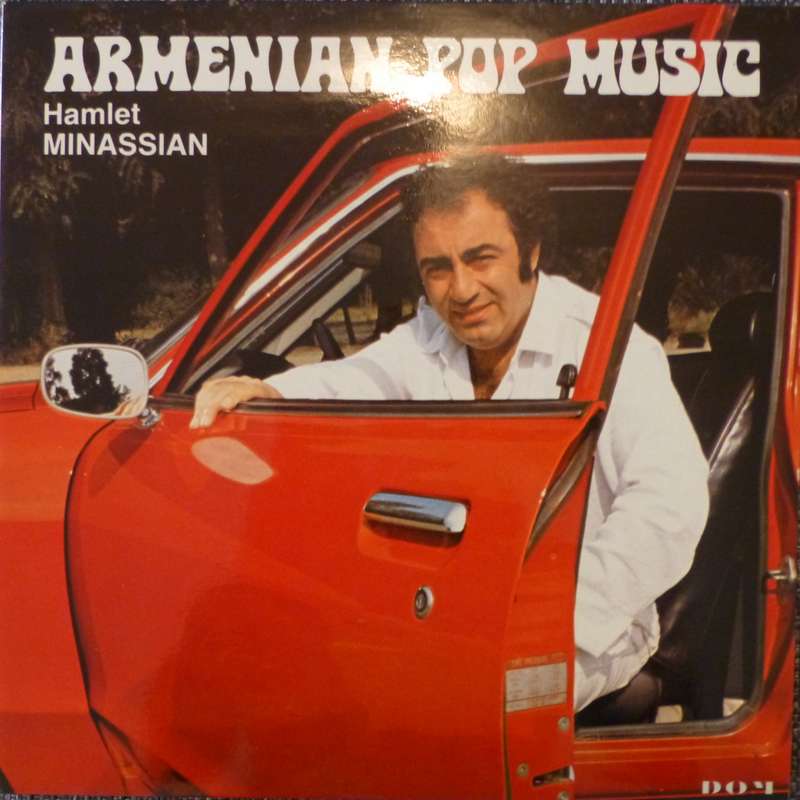 Amazing discovery we have here. Original french pressing. This session was recorded in Teheran at the POP studio during the year 1979.
Crazy disco session with western influences such as this flamenco guitar or these disco rhythms. Great woman scat vocals as well!
This is an unplayed stock copy in great shape on both cover and record.
Listen to the soundclip to hear this gem!

Original pressing from Turkey. Good mixture of oriental disco and funky music.
Both cover and records are in VG+ condition. The record has light surface marks but plays great! Judge by yourself on the soundclip here below! 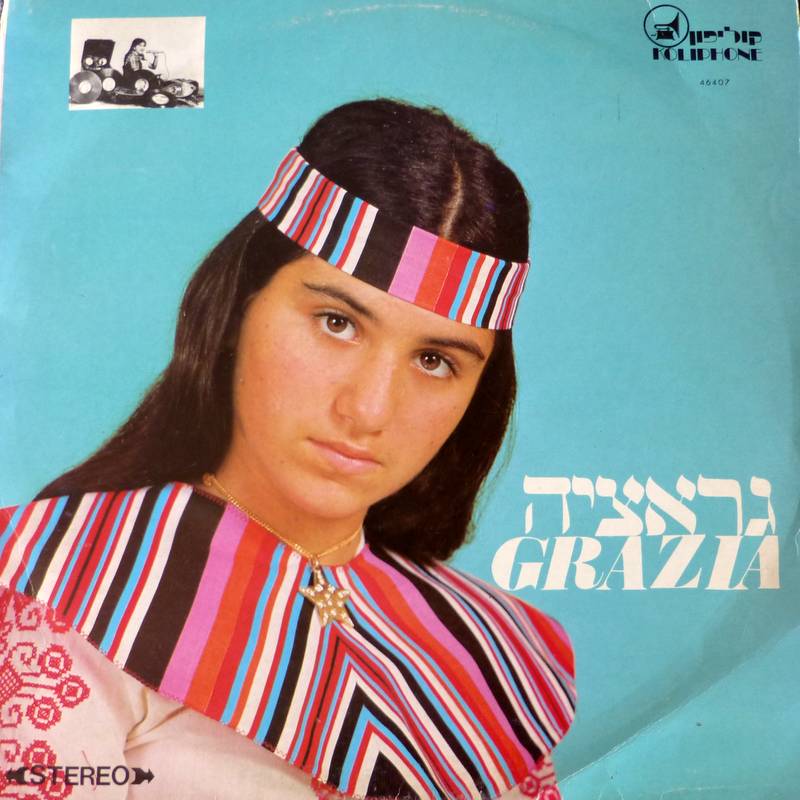 Here it is, the unique album ever put on wax by Grazia, a young Turkish girl at the time she made this record. Original Israeli pressing on Koliphone.
For those who don't know it already, please check the sound clip recorded here below as the music speaks better than words. This true gem is filled with great fuzz guitars, Moog, breaks, crazy effects and nice traditional instruments! Of course the great "Soyle Beni" done here in a very psychedelic way compared to the great version of Nese Karabocek "Yali Yali" or also the amazing cover by Gougoush on the track "Talagh" which are actually all remakes of "Jesus Christ Superstar". But check also the fuzzy "Istemem" with nice breaks and effects or the great "Rampi Rampi" with its moog. For me the best cut being "Olmek Var" with its furious fuzzy guitar, drums and effects intro but all along with its devastating Oriental groove and great job on vocals by the amazing Grazia. Some other nice tracks to discover on this fantastic LP, a true discovery!
The cover is in nice VG++ condition with some sign of ageing. The front and back cover are pretty nice without any writings but with a light ring wear and slightly bent on the down right corner. The upper edge is open on 4-5cm in the middle. Light wear on the other edges and corners.
The record looks nice with only few surface marks mainly on side 2. It plays EX with some noise between tracks and maybe a click here and there but really nothing bad. The long sound clip is taken from the copy on sale and you can judge by yourself. You won't be disappointed! Be quick as you probably won't see a copy soon! 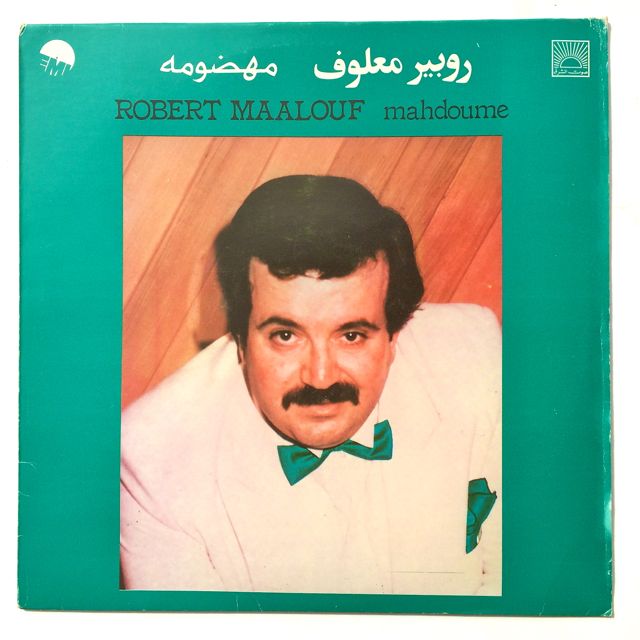 Original Greek pressing on EMI from the 70's.
Obscure LP from Lebanon including the Oriental "dusty finger" beat, "Ana Wil Leyl".
Deadstock copy!
Both cover and record are in perfect condition. The cover is graded EX only due to some little imperfections, nothing really important.
The record is in perfect shape! 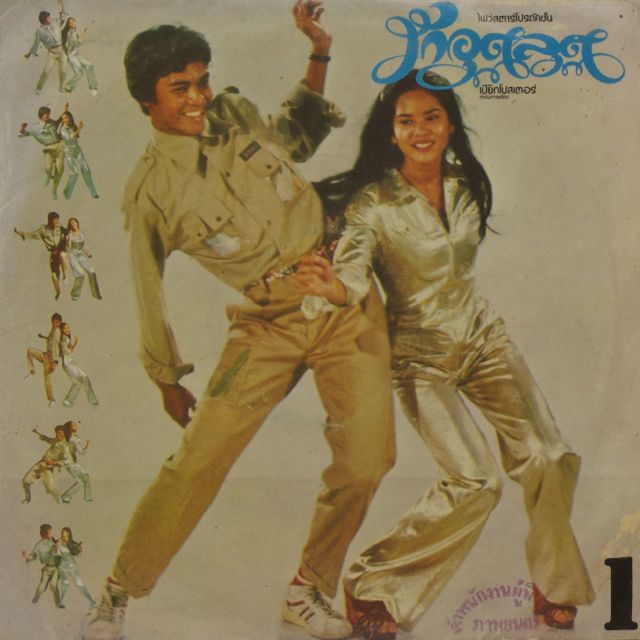 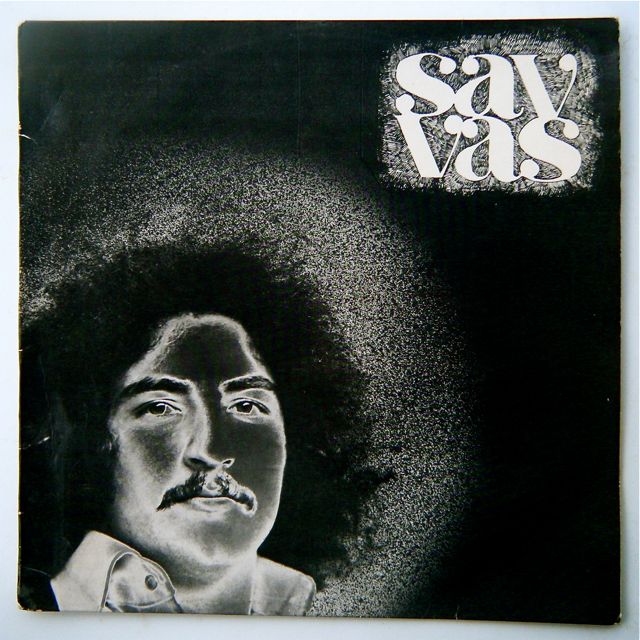 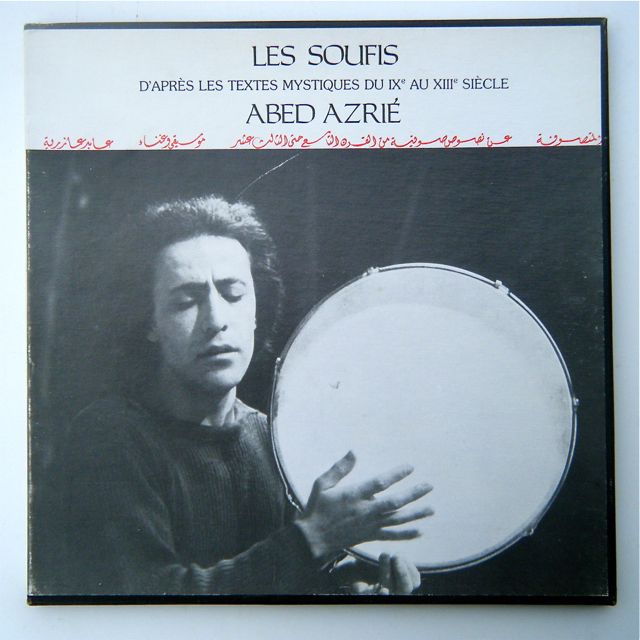 Original French press of this rare 2 lps box set released on "Le Roseau".
Sublime oriental album composed and directed by Abed Azrié, he mixes his music with Sufi mystic texts from 9th to 13th century, the result is impressive, deep full, trully unique, listen to the soundclip!
One record is VG+, th other one is EX, it comes with booklet.
Little hairline mark on the front cover, light wear on edges and corners. 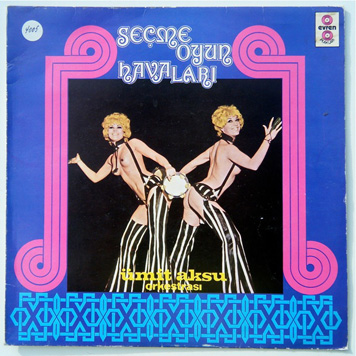 Original Turkish pressing.
Seldom seen oriental jazz groove lp composed by Umit Aksu, it contains hipnotic, deep, percussive tracks including some beautiful sax and guitar solos!! check the soundclip!!!!
This copy is VG+ with some light marks that don't affect the sound. Only some light background noises can be heard but overall it plays fine!!!
Little tear on the back cover, light wear on the edges and corners, little sticker on the front cover. 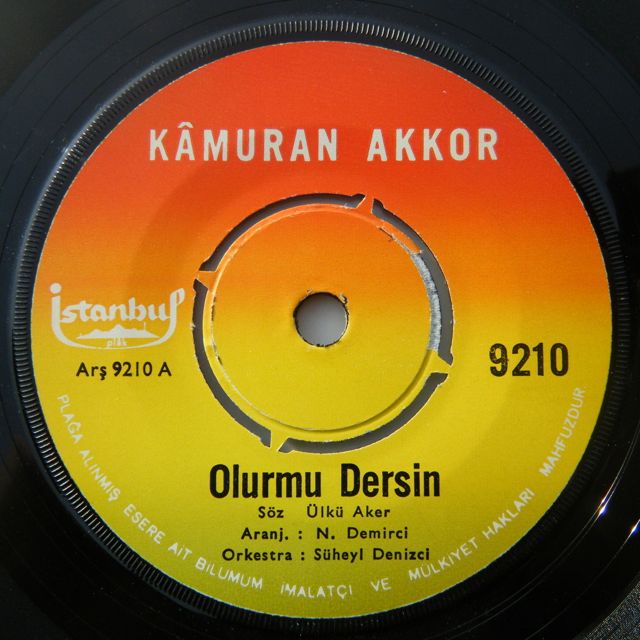 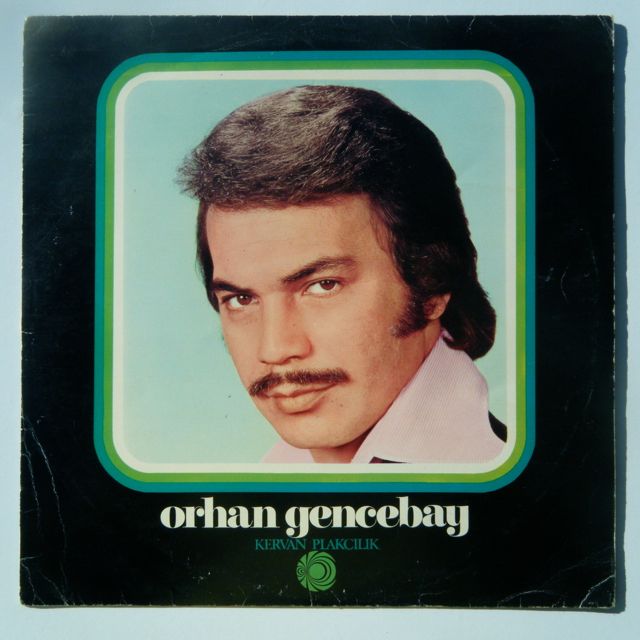 Original Turkish press on Kervan Plakcilik.
Rare oriental groove lp by Orhan Gencebay, check the soundclip.
Record has a lot of marks, you can listen light ticks and background noises, a scuff makes clicks (5sec) during the beginning of the 1st track, side B.
Cover has light general wear, light creases on corners. 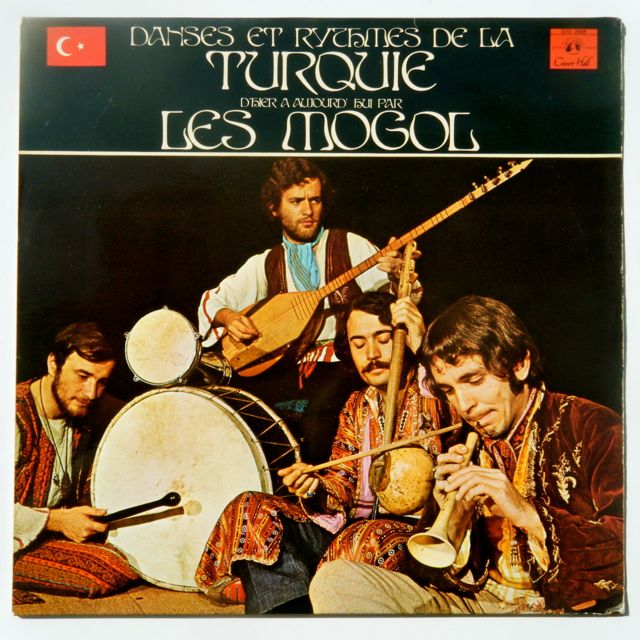 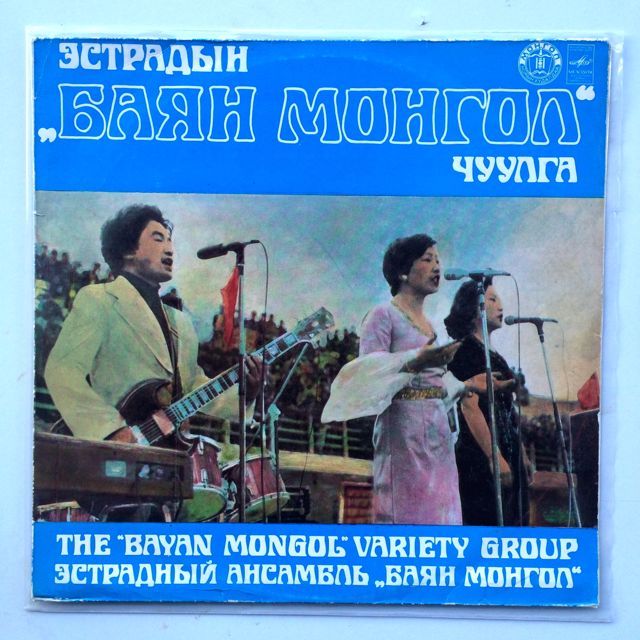 Original French press of this classic Turkish psych groove lp released in 1972.
A pure gem offering different aspect of the Turkish music, from the traditional music to the famous 70's hard psych funk. Essential lp!!!!
The record is in VG+ condition with some light marks but no deep scuff. You can listen to the soundclip here below. It plays with some background noises and light tics when the music isn't loud. The cover shows a light general wear. 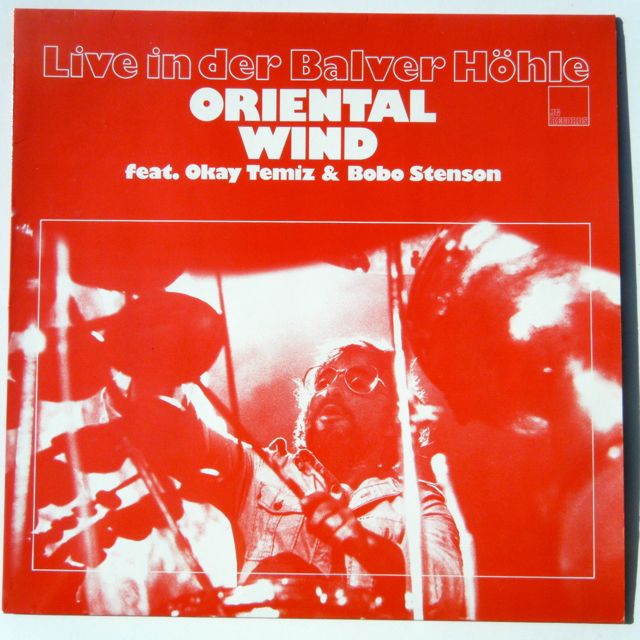