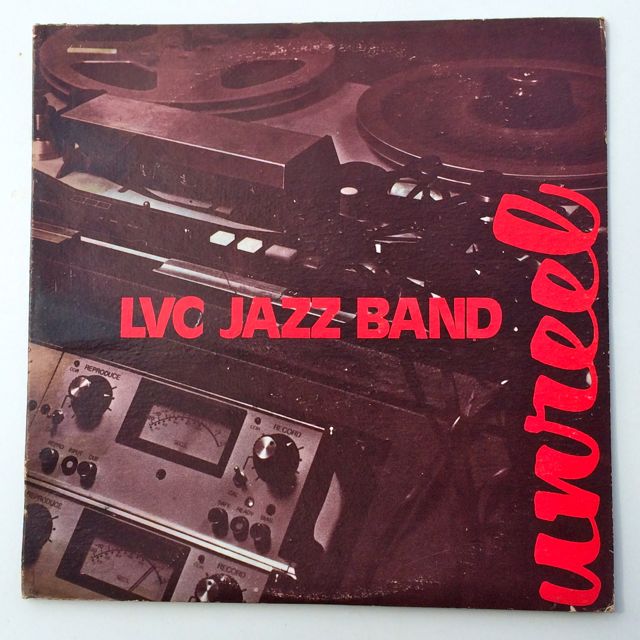 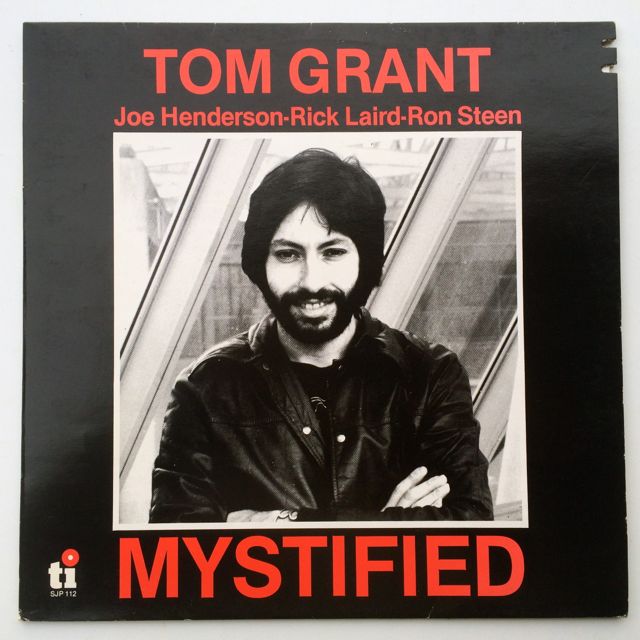 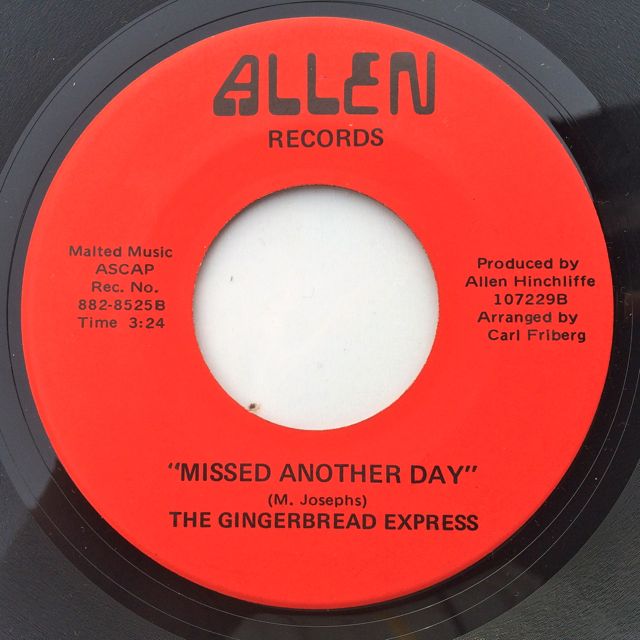 The Gingerbread Express - Missed Another Day / I Climbed The Mountain SOLD 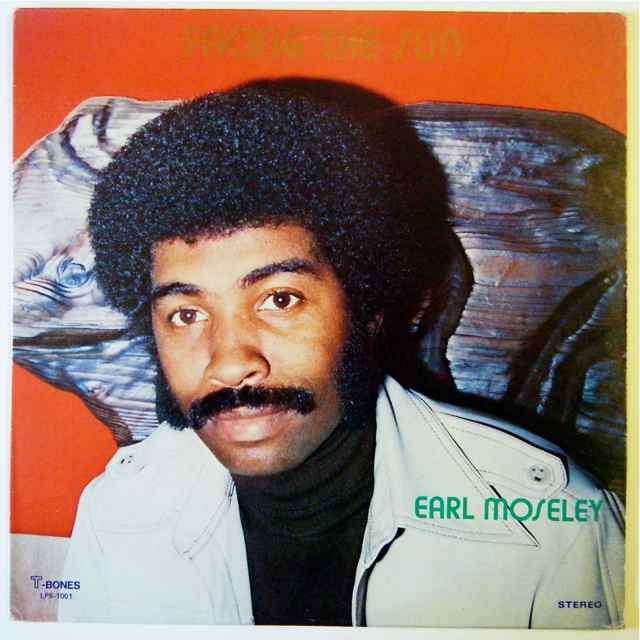 Rare and in demand jazz funk lp from Houston, Texas privatly pressed by Earl Moseley.
Check the moogy funk, "fly in the soup", compiled by Luv'n'haight and "facing the sun" used by DJ Mitsu for his "one more roses" mix.
The record is shiny with just some superficial marks and plays excellent. The cover is in VG++ condition, just a light wear on the corners. 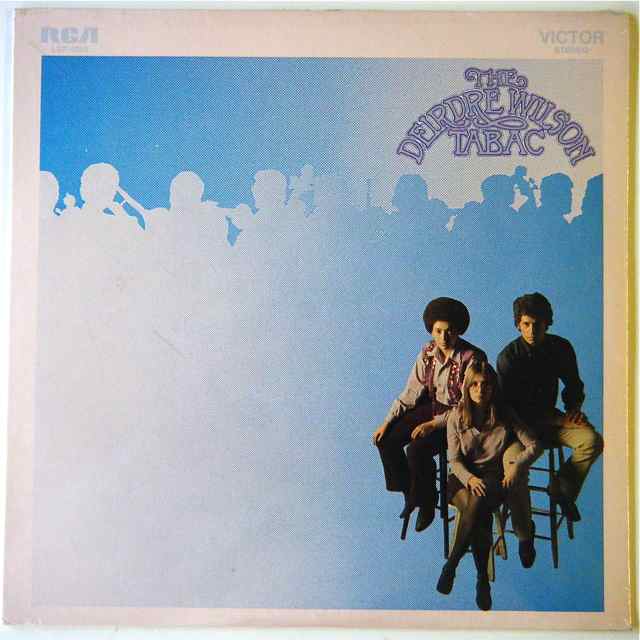 Essential soul jazz psych lp by Deirdre Wilson Tabac, arranged and produced by Sonny Casella.
This album contains the superb vocal soul jazz dancer, "i can't keep from cryin' sometimes" reissued by jazzman but also the great blue eyed x-over soul tracks, "angel baby" & "magic one" and the psych funk "get back".
This copy is still sealed, 100% original 1st press. There is only a little seam split (5cm) on one edge otherwise in excellent condition. 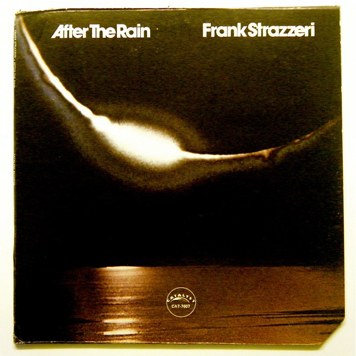 Frank Strazzeri - After The Rain SOLD

Original U.S. press released in 1976 of the famous Strazzieri's LP "After The Rain". It contains the classic jazz funk banger "Cloudburst" including plenty of drum breaks, Fender Rhodes, string synthesizer, and a great flute solo by Sam Most!!!! Check also the beautiful laid back jazz groove cut, "After The Rain".
The record is NM, I've found one minor hairline mark that doesn't affect the sound.
The cover shows a cut corner, a seam split (5cm) on one edge and a little bump on one corner. 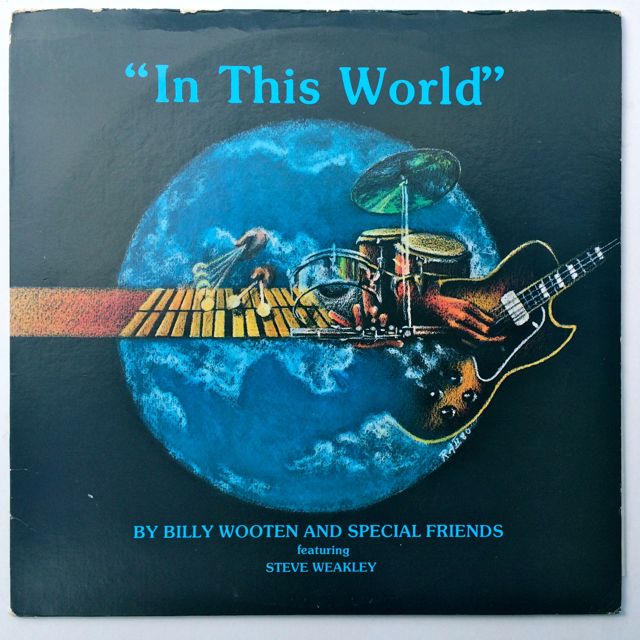 Billy Wooten - In This World SOLD

Original US press out of Indiano released in 1979.
Another great lp composed by Billy Wooten, it contains the sublime spiritual jazz groove track, "Chicango", the dreamy latin jazz funk "Dancing And Singing", listen also "Summerlight".
The record has some superficial marks, close to mint.
Cover shows wear on the top edge and on corners. No seam split. 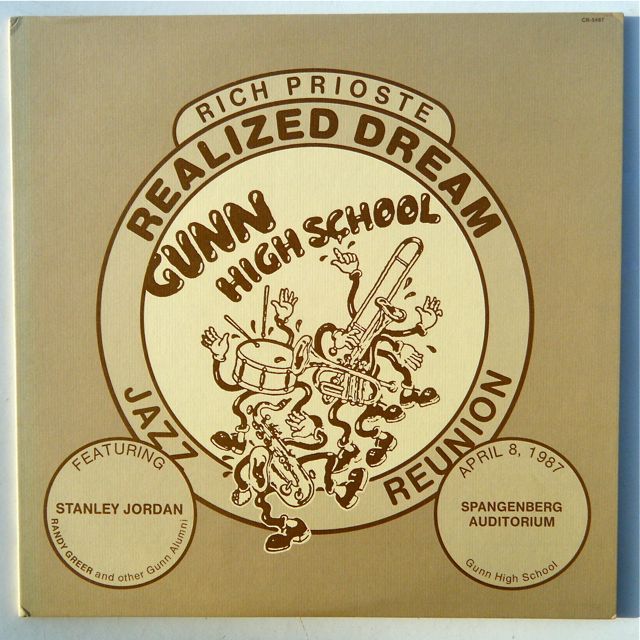 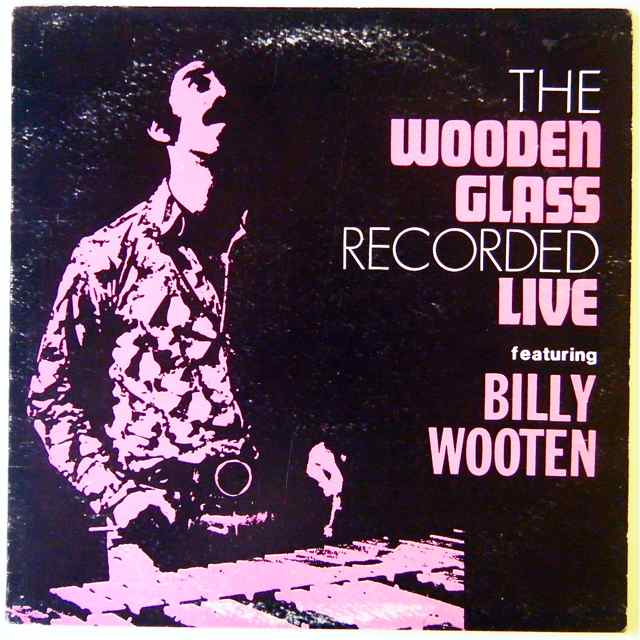 In demand original 1st press on Interim Records released in 1972.
Cult rare groove lp by Billy Wooten including classic track, "In The Rain" edited by Madlib, but also "We've Only Just Begun", Monkey Hips and Rice", Day Dreaming", "Joy Ride"....
Record has a hairline scuff on the track, "Love Is Here", it mades clicks during the beginning of the track (1m30),Check the soundclip, otherwise, in great condition, some light marks, plays fine!! Light ring wear on the front and back cover. Light wear on edges and corners. 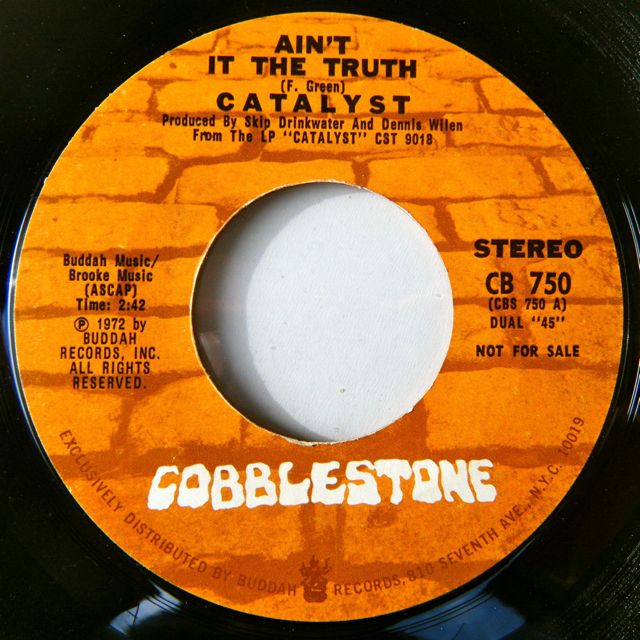 Catalyst - Ain't It The Truth SOLD

Soulful jazz funk track from this four-man combo native of Philadelphia. Superb fender Rhodes work by Eddie Green. This is the only 45 from Catalyst. Rare promo copy only with stereo and mono version.
The record is in excellent condition, just one superficial marks. Generic cover. 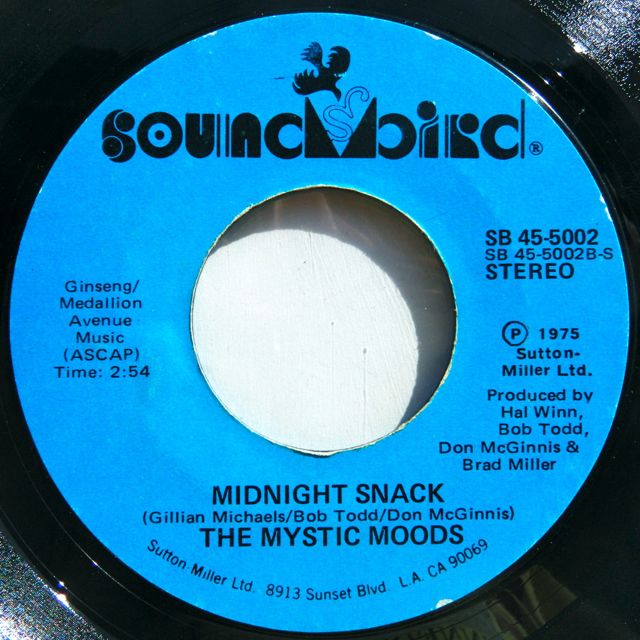 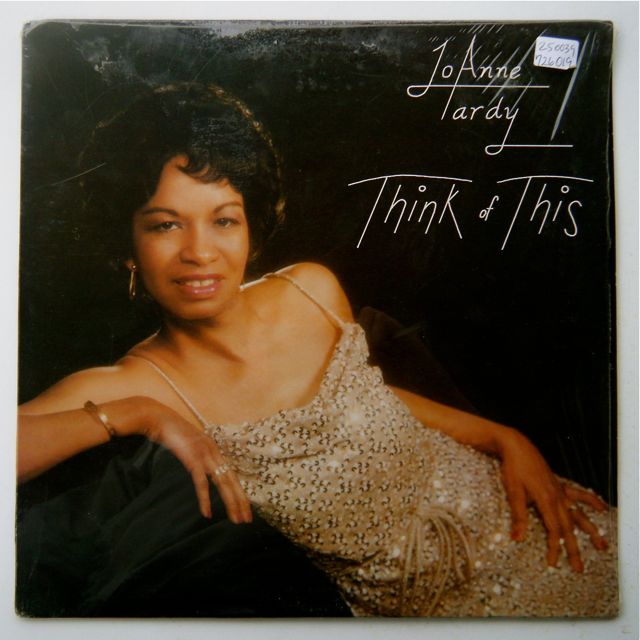 JoAnne Tardy - Think Of This SOLD 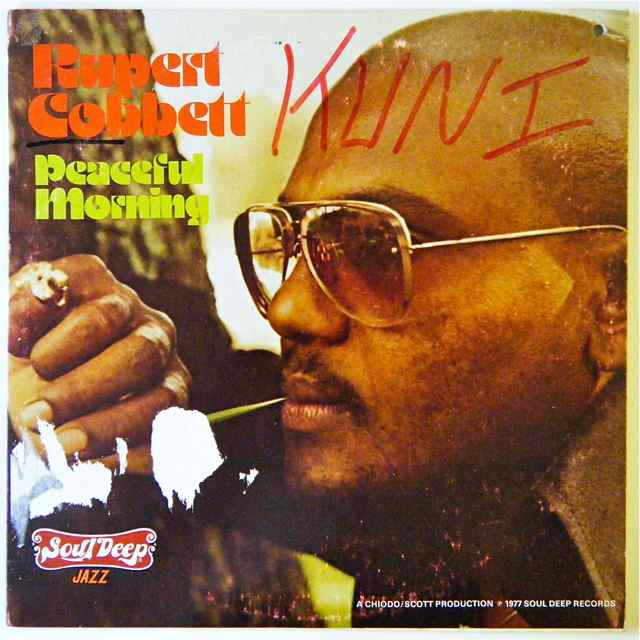 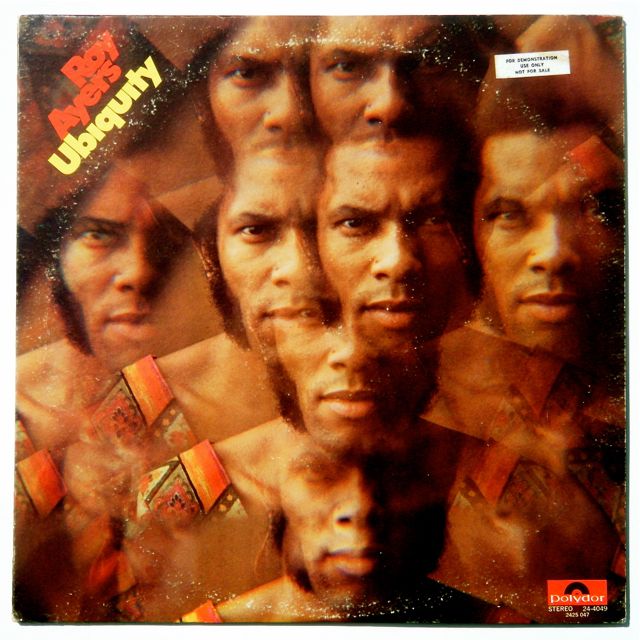 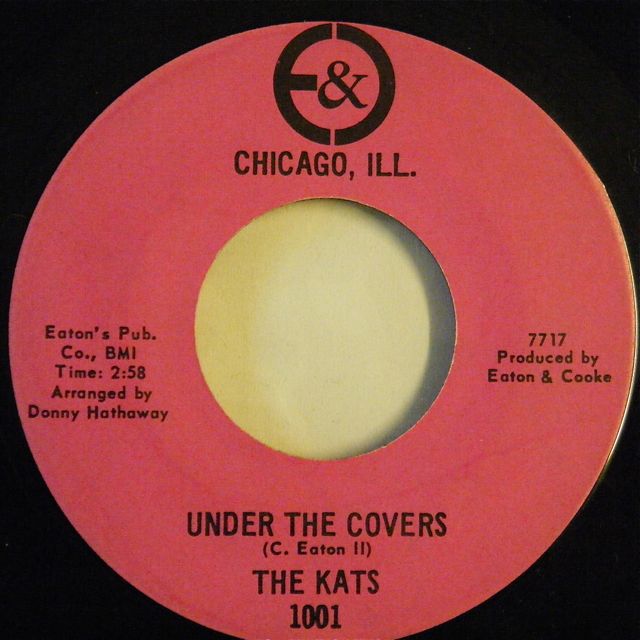 The Kats - Under The Covers / Wear Me Out SOLD

Rare original U.S. first pressing from the end of the 60's produced by Cleveland Eaton and arranged by Donny Hatthaway!!
Killer jazz funk double sider, listen to both sides!!!
Some light marks on the side B but they don't affect the sound. Both sides play excellent without noises!!
Generic sleeve. 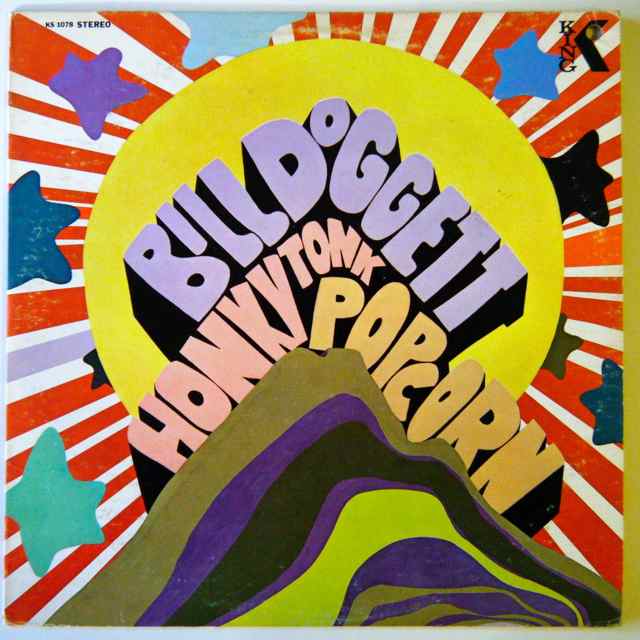 Original US press released in 1969 of this classic Hammond funk lp produced by James Brown including plenty of great tracks, solid lp from beginning to the end!!
Record shows some light marks but they don't affect the sound, no scuffs, you can hear occasional ticks, overall, plays excellent!! The cover has one seam split (9cm) on the top edge and one on the down edge (19cm). Punch hole. 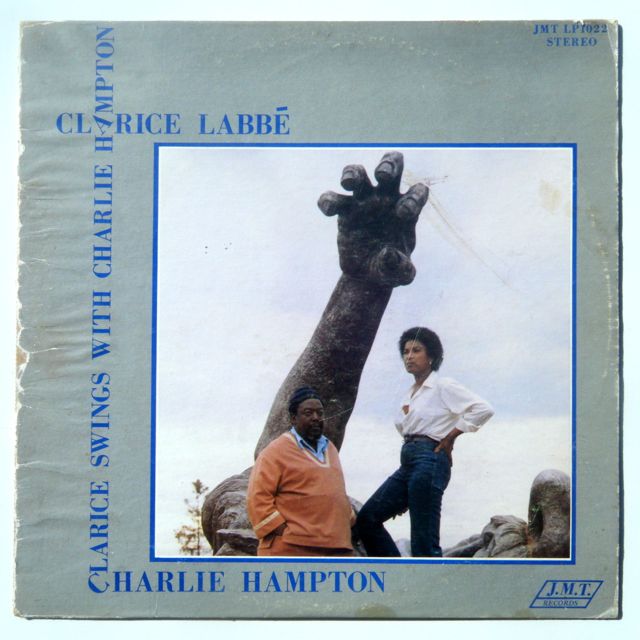 Original pressing released in 1980.
Hard to find soul jazz lp out of Philadelphia. it contains the jazz dancer "No Other Love But You" comped by Russ Dewbury on the famous Jazz Bizniz vol. 1. check a snippet from previous copy.
The record is VG+ with some light marks but they don't affect the sound. It plays fine with occasional ticks!!!
The cover shows strong wear on the left edge, no seam split, stains on the front and back cover. 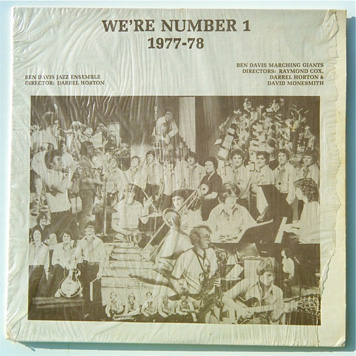 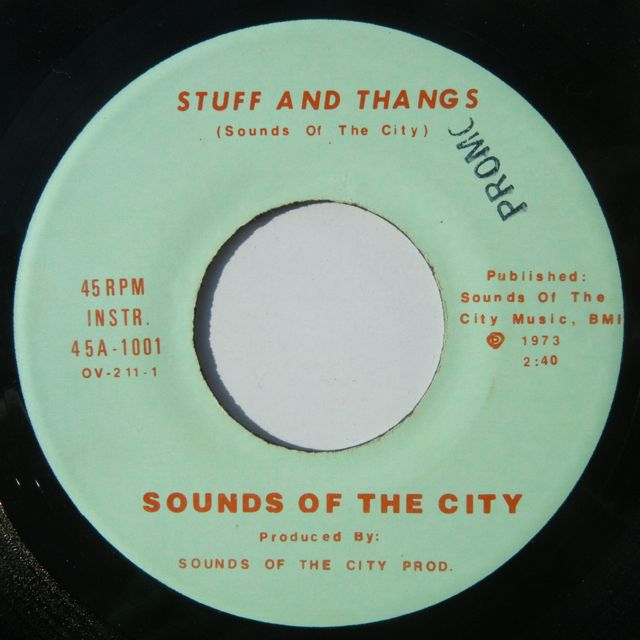 Sounds Of The City - Stuff And Thangs SOLD

Sounds Of The City Production

Ultra rare promo only 45 privatly pressed by the famous band, Sounds Of The City.
They released this 7inch before the output of their cult and nearly impossible to find lp on the tax scam label, Tiger Lily. "Stuff And Thangs" is a ridiculous jazz funk track including heavy beat, wah wah guitar, funky vibes and an amazing varitone "fuzz" sax who gives the singularity of the track. This title is one of the best cut of the lp, you can get it now!! Listen the soundclip!!! Very very hard to catch!!!
This copy shows some bubbles due to the pressing but it doesn't affect the sound. No scuffs, just some occasional light clicks, mainly on the side B. Plays fine, check the soundclip. Generic sleeve. 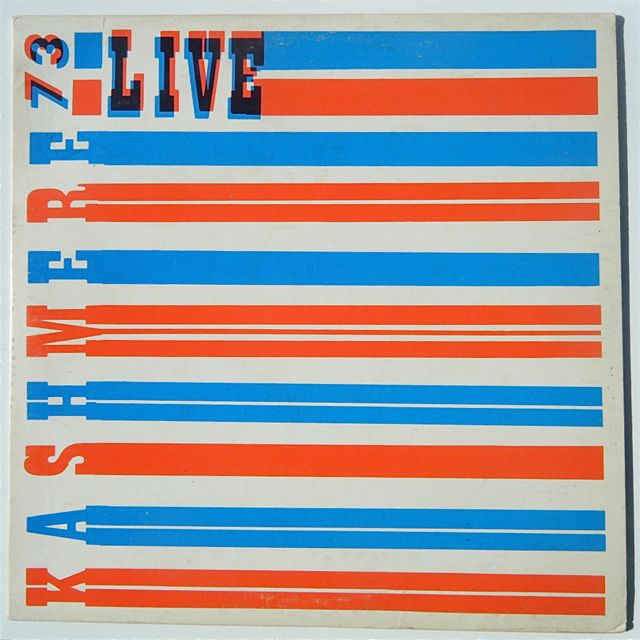 Original US press released in 1973 of this rare and in demand jazz funk lp from one of the all time best school band, the Kaskmere Stage Band.
Recorded live, this album contains some monster tracks like the aptly named "Kashmere" cause it shows perfectly their sound including crazy breaks, solid horn section and great sax solo, listen also the uptempo psych funk dancer "Head Wiggle" with ab heavy heavy fuzz guitar solo and to finish, the crazy version of Shaft, the best one that i have heard, listen!!!!
This copy is VG+, some light marks, no scuffs, plays fine!!!
The cover shows just some stains on the front & back cover, solid edges and corners.