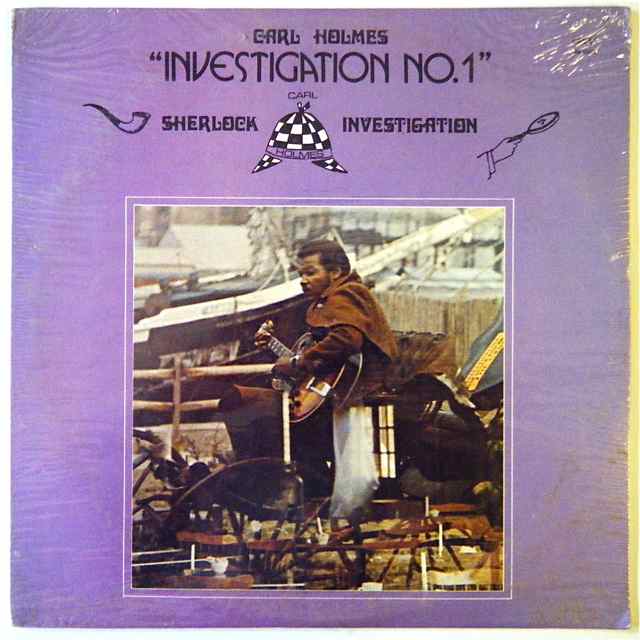 One of the best and toughest to find soul funk lp written, arranged, and produced by Carl "Sherlock" Holmes on the ephemeral Philadelphian label, CRS Records.
Everybody knows this banger!!! No need to talk more about this monster ghetto funk anthem!!!!!!!
This copy is in sealed condition, 100% original first press. The cover has some dust under the plastic protection because there is a little plastic tear. Light wear on the corners.
Impossible to find in this condition!!! For real collector, serious offers only!!!! 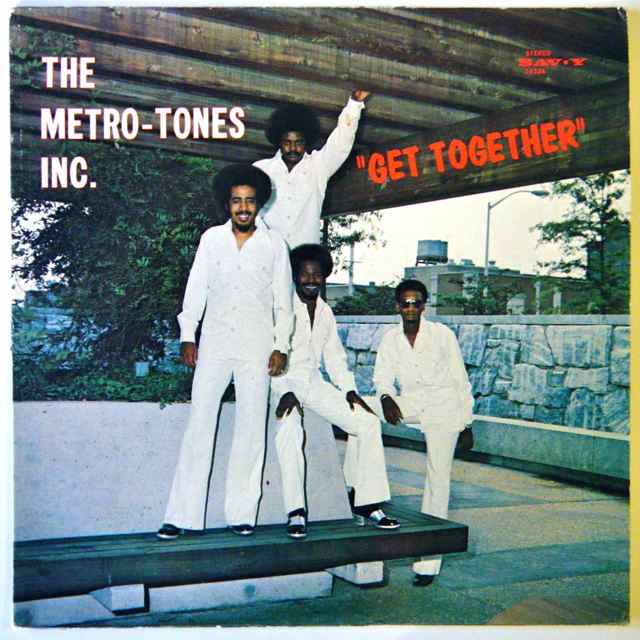 The Metro-Tones Inc. - Get Together SOLD

Superb gospel soul funk lp released in 1973 on Savoy records!!
This unknown band from Atlanta provides a really solid album far away from the traditional gospel records, listen the soulful x-over track, "why am i treated so bad", the slow funky "get together" with its open break, great fender rhodes work, crispy guitar, on the second funky cut "why won't you love a man like this", and to finish the great cover of Curtis Mayfield classic track "people get ready".
The record shows some light marks but they don't affect the sound. There are some occasional clicks too but no scuffs. The cover has light seam splits on the three edges and a light general wear. 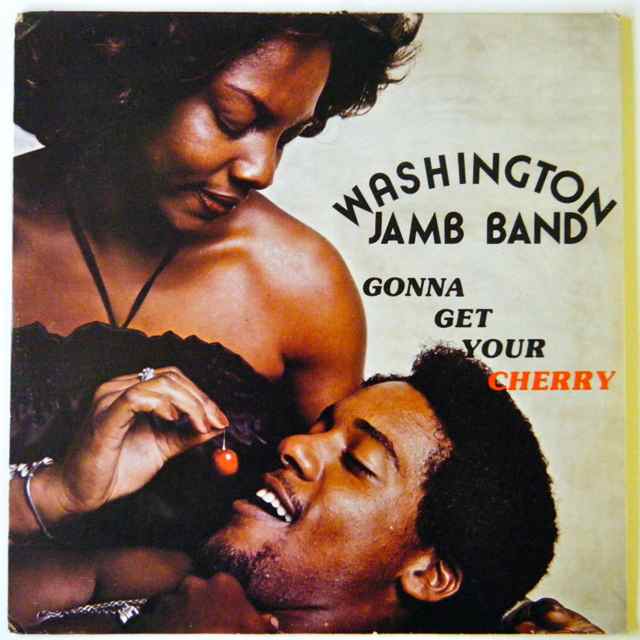 Holy grail funk status for this real rarity out of Florida, produced and arranged by Leo Washington in 1977.
Killer lp from start to finish, every track is a winner! Listen to the P-Funk bangers, "gonna get your cherry" and "can't hide the funk", and to the instrumental funk track "instrument soul"!!!
The record is in superb condition, just some superficial paper marks, no scuffs. It plays excellent. The cover shows a little split on two corners and a beginning of tears on two edges.
This private press is truly hart to find, only pressed in tiny quantities and now hugely in demand!!!! 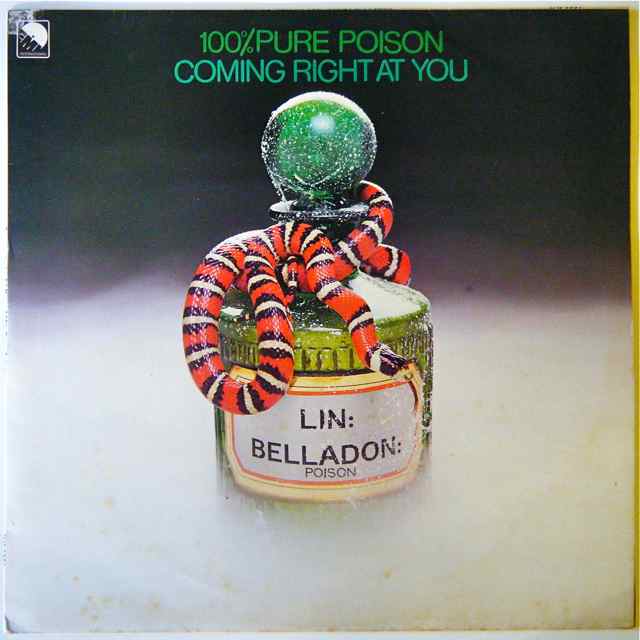 One of the rarest soul funk lp released in Europe!!!
This album was made by a U.S. servicemen group based in Berlin but originally from Chicago, which explains the souful inspiration and the beauty of this precious gem!!!!!
Under the direction of Dany Leake who worked later as a sound engineer with Terry Callier, Stevie Wonder, and Jerry butler, this solid lp contains a bunch of splendid tracks like the classic "no more city, no more country" and "Windy C." that remains me sometimes the Boscoe lp, "Windy C" was also sampled by St Germain for their third lp. Don't forget the soul funky cuts, "holes in my shoes" and "puppet on a chain", the mid tempo modern soul "you keep coming back", the X-over soul "my little someone", and the soulful ballad "don't let your pride, overpower your love"....
The record is shiny with only some superficial marks. It plays excellent. The cover shows a little sticker residue on the top left of the front cover and some little stains at the bottom of the front and back cover. Solid corners and edges, no tears, no writings nor splits. A real collectible copy of this holy grail soul funk lp!!!! 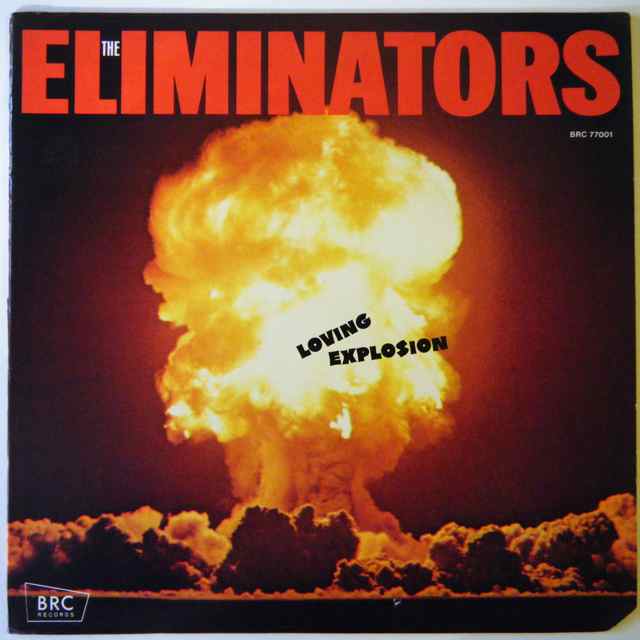 Original 1st press of this sought after soul funk lp released in 1974 on Brunswick Records. One of the best funk lp on this label alongside with the exit 9. The Eliminators were a high school band from North Carolina who re-united some years later to create this amazing lp, their only lp!!!
Every track is a winner on this album. Listen to the raw funk cut "rump bump", the magnificent x-over soul "loving explosion", the funky "give it up" that reminds me Kool & the Gang, and last but not least, the instrumental deep funk psych track "get satisfied" with its great flute and fuzz guitar solos!!! The whole lp is incredible, an essential soul funk piece!!!!
The record shows some superficial marks but they don't affect the sound. The cover shows a little cut corner, a little tear on the front, and a general minor wear!!! 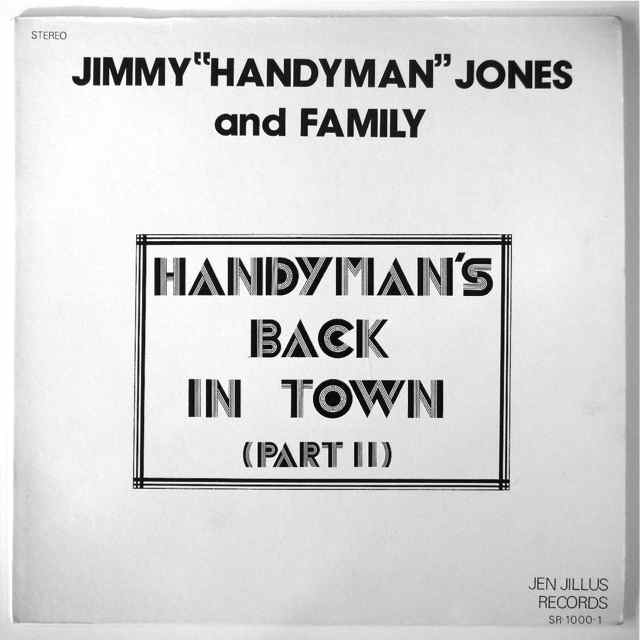 Obscure private press from New York released in 1977. This lp moves you in so many way, a real oddity, a very interesting album!!!!
Listen to "handyman's back in town" with furious b-boy break, the strange cosmic funk "disco cosmic rhapsody" with cool synth works, funky drums and the x-over soul, "you got to feel it baby"!!
The record has a default on the track "night & day", there is little paper piece in the wax which makes a click during the end of the track but fortunately it's not a good one, otherwise the lp plays fine with no scuffs!!! The cover shows a little seam split (1cm) and a little tear on one edge!!! 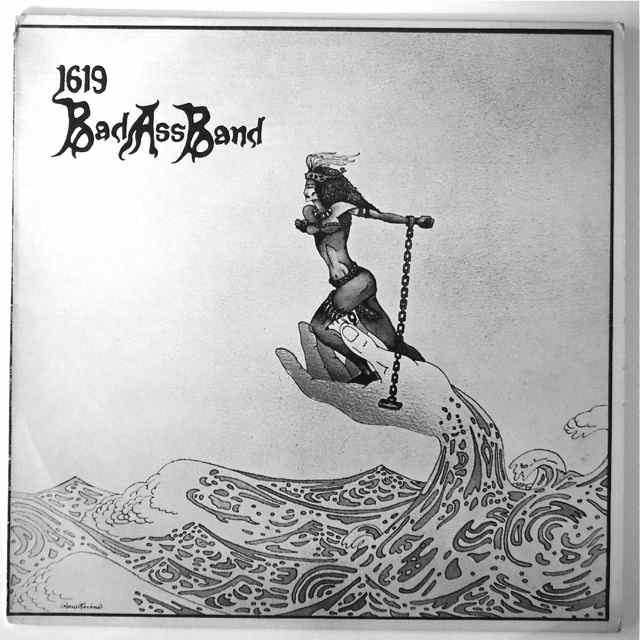 Original 2nd issue on Graham International re-released in 1978, the original press in on TSG, 1976.
Unfortunately their sole lp, they deliver in this opus plenty of Sublime tracks, from sweet soul, modern soul to heavy funk, always with amazing touch and substance!!! Real winner from start to finish!! Check the soundclip!!!
Record has some light marks, no scuff, this copy plays excellent!!!!
cover shows light wear on one corner, otherwise, in beautiful condition. 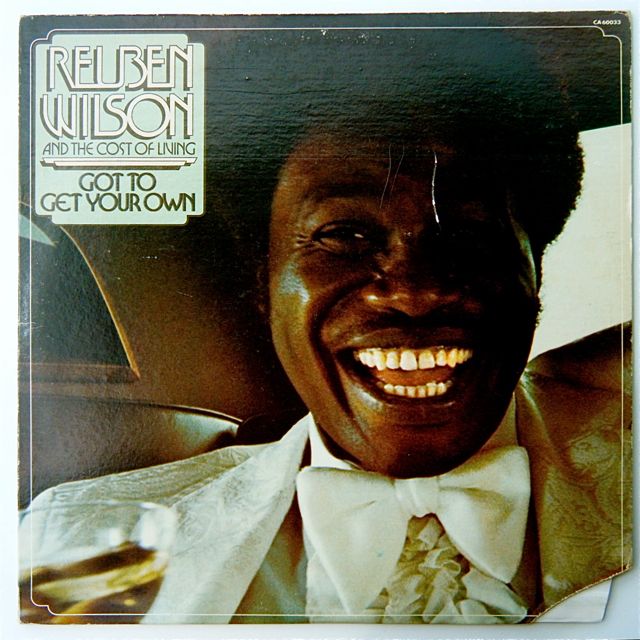 Original US press of this classic soul funk lp including the terrific "Got To Get Your Own"!!!
tear on the front cover, one cut corner. Light wear on the corners and edges, no seam split. Record in superb condition!! 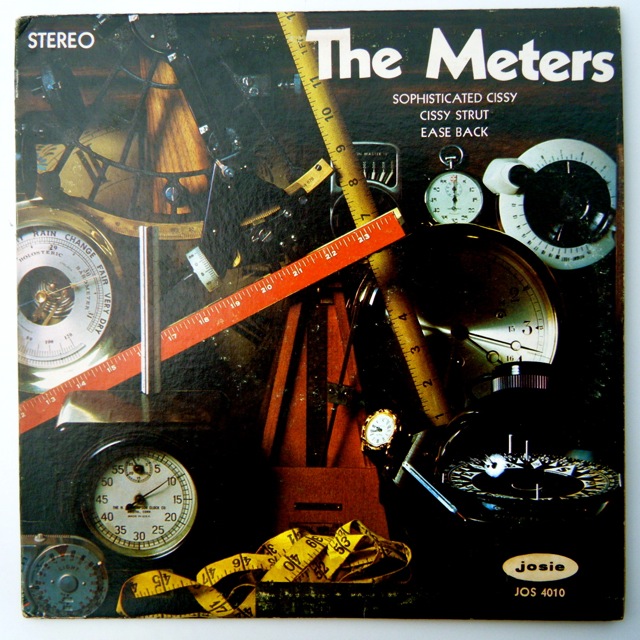 Original US press of this all time classic funk lp!!!
just some superficial paper marks on side B. Light stains on the back cover, light general wear, no seam split, still in solid shape. Deep groove label, 1st press. 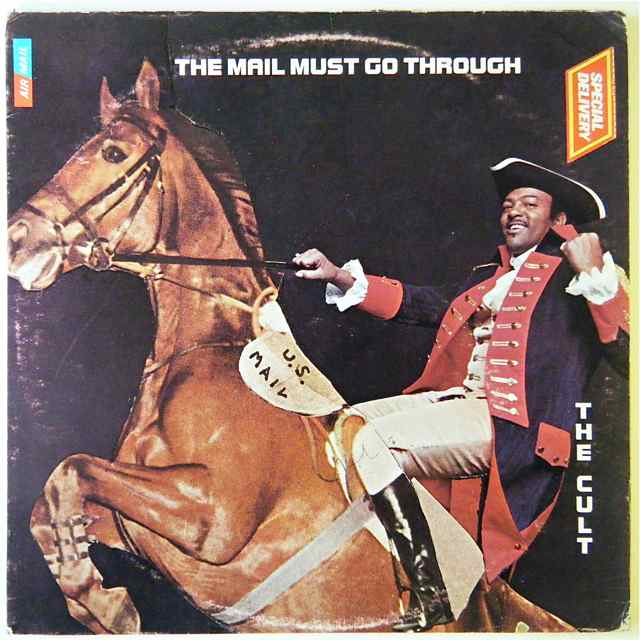 The Cult - The Mail Must Go Through SOLD

Here we sell an original copy of this holy grail soul funk / jazz funk lp released in 1976.
The Cult was an ephemeral funk group from the west coast created by Cholly Williams. It only exists one album pressed in little quantities and one 45, this is for sure one of the rarest soul funk lp.
Listen to some highlights of this gem like the moogy jazz funk banger "The Cult Theme", and the heavy funky cuts "The Mail Must Go Through", "Back Pay", and "Don't Give Up". There is also a cool x-over track called "It's Time", the instrumental version of "Back Pay" and the beautiful soul jazz, "Rider". All killer, no filler!!!
This copy is in VG++ condition with just some light marks but they don't affect the sound. It plays excellent!!!
The cover has wear on the edges and corners, no seam split. only a light ring wear, one little tear and a little writing on the front. 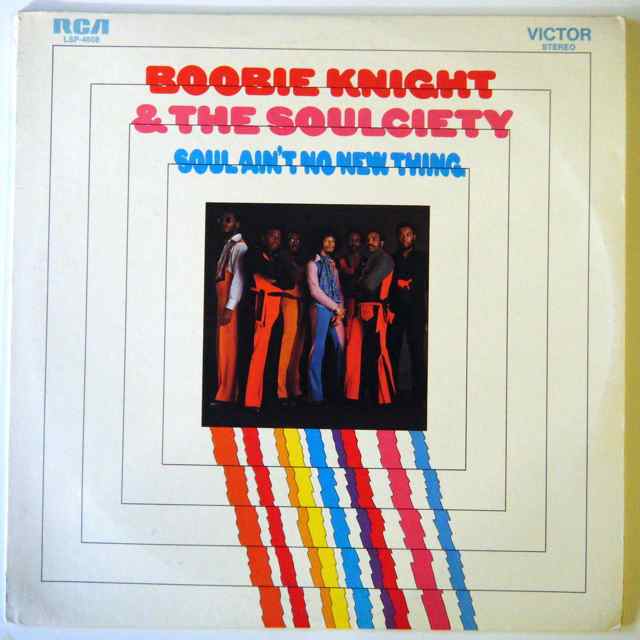 Another essential soul funk lp composed by the crazy drummer Boobie Knight and his group, arranged by Harvey Fuqua, and released in 1972.
This album is a bomb! Listen to the insane psych funk track "ego tripping" including some monster b-boy drum breaks, fuzz guitar, and terrific horn section. After comes the hysteric uptempo funky tracks "soul ain't no new thing" and "power to the people" with their open drum break, rolling bass line, and funky guitar...!!!
The record shows some superficial marks that don't affect the sound and it plays fine!!! The cover shows some light glue residue on the back and a minor split on one corner. There is also some stain on one label. 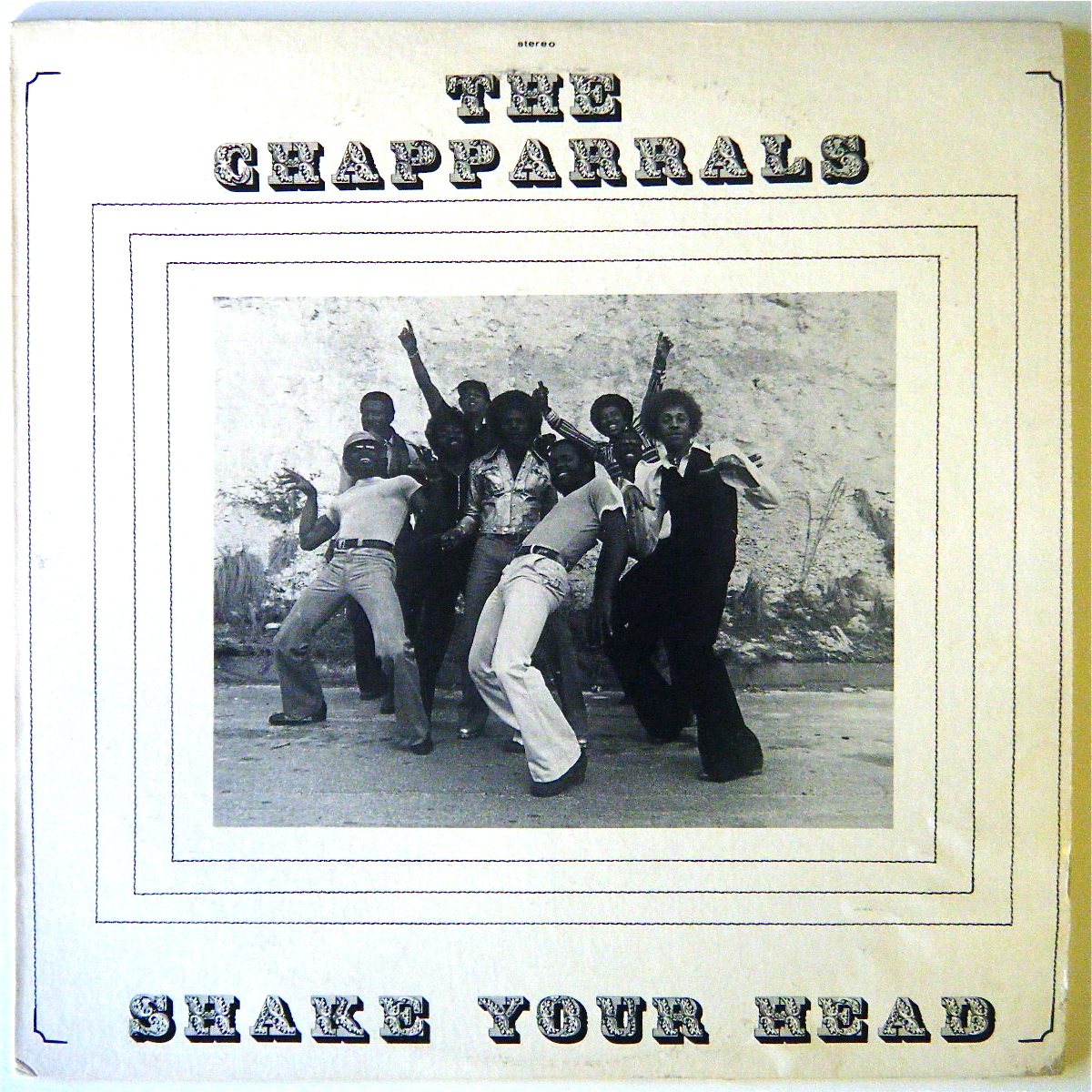 The Chapparrals - Shake Your Head SOLD

We are very happy to offer an original U.S. pressing of this very hard to find and highly in demand holy grail soul funk lp composed by The Chapparrals in 1978.
This obscure nine men combo from Atlanta deliver a heavy funk masterpiece including the killer downtempo hip funk track "Shake your Head" as well as the second part done more in a disco funk vein, my favourite track "Coming to you", the dance filler "Jam Around the World" and the instrumental funk "Juicy Fruit"!!! There are some other solid tracks like "Hittin' it" and some great x-over and sweet soul numbers too!!!
This copy is in strong VG++ condition. There is just some superficial paper marks, no scuff and it plays very well!!! The cover shows some wear on the right down corner and on two edges, no seam split, and a minor ring wear on the front. 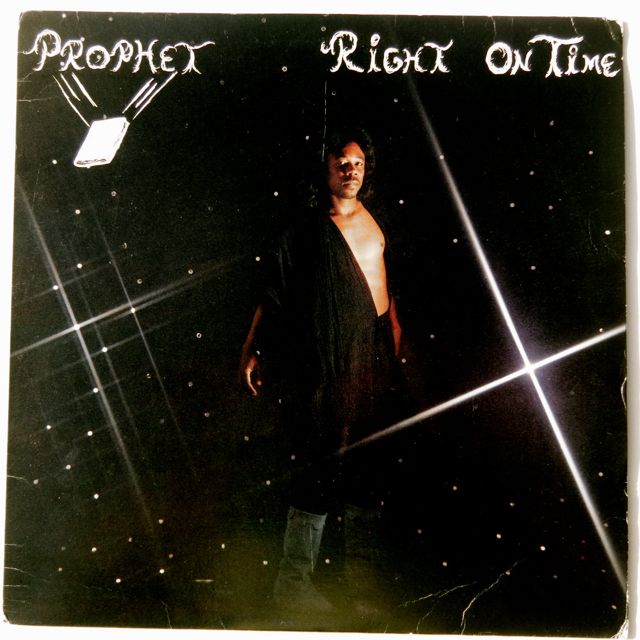 Original U.S. press!!!
Woww!!! This album is easily one of my favourite 80's funk lp!!! This obscure band from California delivers this fantastic outsider electro funk lp in the early / mid 80's, their sound is really unusual. They use the DMX drum machine, digital synthesizers, electric bass, and guitar!!!
The mix is dirty, a real diy production!!! The lead vocals are crazy, the destructured DMX programming and the synthesizers work are really fresh, weird and this combination give a real identity to their sound. There is also some cool funky bass and guitar lines!!! Check the soundclip!!! Peanuts Butter Wolf's favourite!!!
The record shows just some superficial marks but they don't affect the sound. I use a conservative grading, some seller can easily grade this copy EX. It plays excellent!!! Wear on two corners but nothing serious!!! 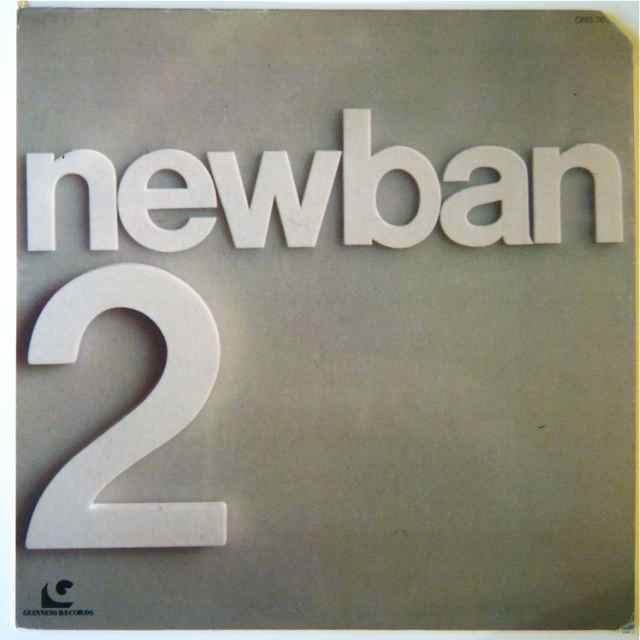 Rare original press of the second lp from the soul funk band Newban on the desirable tax scam label Guiness Records from 1977.
Creative album from start to finish with a real positive vibe on each track. The horns' arrangements are crazy, the rhythm section is tough too, and the whole album is very well arranged!!! An essential lp for me!!!! Highly recommended!!
The record shows just two superficial marks but they don't affect the sound. The cover has a cut corner and a little split on another corner.